Osinbajo Is Practically Out Of Buhari's Govt - Afenifere Blows Hot


The Afenifere has claimed Vice President, Yemi Osinbajo is practically out of Buhari's government at the moment. 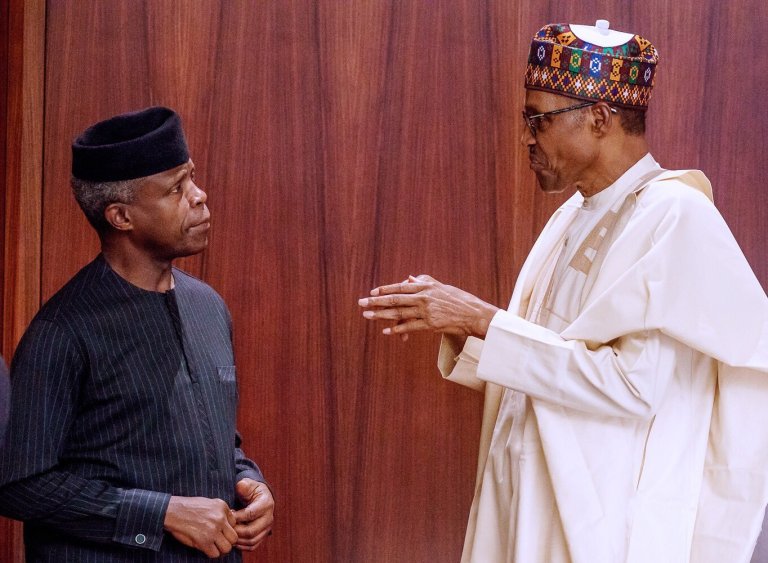 According to Punch Metro, Yoruba socio-cultural group, Afenifere, says the fact that the President’s Chief of Staff, Abba Kyari, now travels to faraway London to present memos and bills to President Muhammadu Buhari shows that Vice-President Yemi Osinbajo is practically out of Buhari’s government.

The Spokesman for Afenifere, Yinka Odumakin, told The PUNCH on Tuesday that the seeming demotion of Osinbajo was part of the next level strategy of Buhari.

The Afenifere spokesman was responding to questions on why the President, who is on a “private visit” to London for 15 days refused to transfer power to his deputy as he had done in 2016, 2017 and 2018.

Odumakin said, “This is evidence that Nigeria is now under one man’s rule. You can see that the National Assembly is a rubber stamp while the judiciary has been cowed. The Vice President is practically out and that is all part of the next level.”

The Afenifere spokesman asked Osinbajo not to be deceived by the words of the Emir of Daura, Alhaji Farouk Umar, who had last week commended the loyalty of the Vice President to President Buhari and described their relationship as unequalled in the history of the country.

“Those who think that the Emir of Daura passed a vote of confidence in Osinbajo should go find out the meaning of ‘Taqiya’”.

When asked if Afenifere was unpleased by the seeming relegation of Osinbajo, who is from the South-West Odumakin said, “Yoruba people say a hunchback says God is not smiling down on him but is the part which he is using to face God a good part?”

Buhari has failed to transfer power to Osinbajo since winning re-election in February despite travelling out of the country sometimes for unofficial visits.

However, the President is believed to have clipped some of the Vice President’s power in his second term, fuelling speculations that all was not well within the Presidential Villa.