The torture camp where hundreds of people were held against their will in Ibadan is set to be demolished. 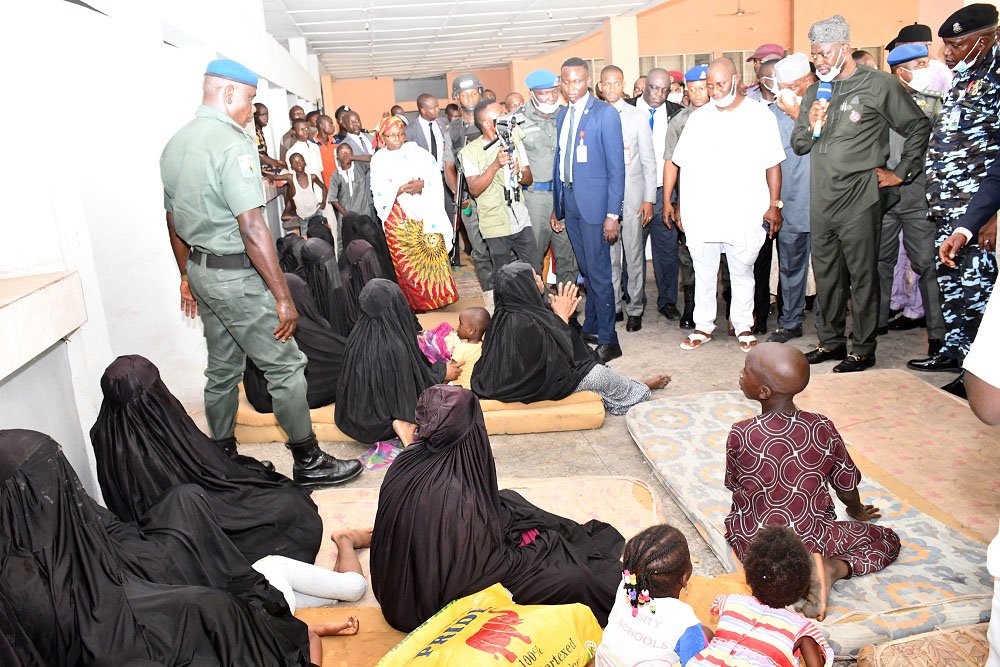 Governor Makinde addressing rescued victims of a torture camp in Ibadan. With him were government officials at a facility where the freed victims were being rehabilitated...Tuesday

According to The Nation, the massive structure where hundreds of people were held and apparently tortured in Ibadan, the Oyo State capital, will be demolished, Governor Seyi Makinde has directed.

The governor gave the order on Tuesday, adding that operators of the illegal facility located in the Ojoo area of the capital city will be prosecuted.

It is wrong for anyone to use a mosque as cover-up for crime, the governor said at the Olaoore Central Mosque, Ojoo where over 259 detainees were released on Monday in an operation led by the state Commissioner of Police Shina Olukolu.

Makinde visited the venue accompanied by top government functionaries before going to the site where the released victims are be rehabilitated by the government.

He said, “What we have seen is something that we all have to condemn and this shouldn’t be happening in a modern environment. You can’t use a mosque as a façade to perpetrate this kind of evil.

“We have marked the entire structure for demolition; we have here the ministry of Lands and Urban Planning and ministry of Health and Justice. The government will do everything that is humanly possible to ensure that this kind of thing is stamped out in our environment.

“But, there are houses around here, these are people, they see something, ideally, they should say something because this kind of thing couldn’t have been going on without all of these people, particular residences around here, without them knowing about it. So, they should have reported this thing to the authorities and maybe we would have unraveled this a long time ago.

“And also, we want to encourage our people, the government, the parents and even family members, if you need to rehabilitate member s of your family that are not behaving well, we have government institutions that can do that and we are trying to rehabilitate those places for the people of Oyo state.

“So, whatever is necessary, looking at the laws of our land regarding this kind of thing, we will ensure, we get this place away from those people doing this kind of things within the ambit of the law. And also you have the law enforcement agencies here, all those involved are going to be prosecuted to the full extent of our law.

“For the victims, we have mobilised the Ministry of Women Affairs and Social inclusion and the social welfare agencies there. First we need to have immediate palliative for them and then we have to look at the deeper issues and how to resettle them and reunite them with their families, we are not going to leave them alone at this point.”

Makinde assured those freed from the torture camp that his government will ensure that those behind the illegal operation of the facility will be prosecuted with the full wrath of the law.

He disclosed that 22 of the victims are currently receiving medical attention at Adeoyo Hospital as a result of their critical health condition, assuring that “we need to get to the root of this matter, the security agencies will investigate. Anyone found innocent will be released. You need to cooperate with government for us to get to the root of the matter.”