Real Madrid sensation, Rodrygo has made history in the Champions League as his side demolished Galatasaray. 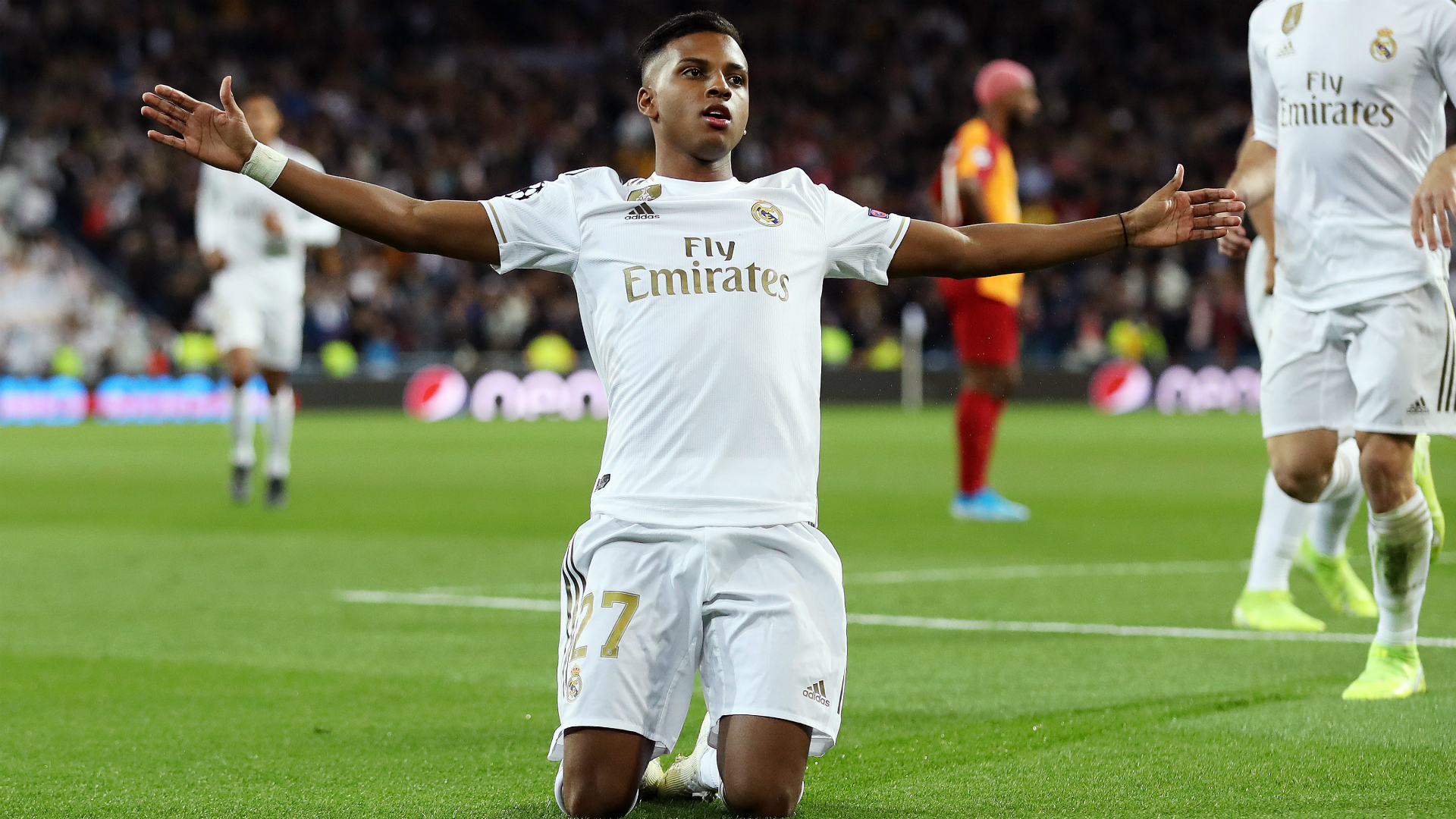 Brazilian superstar player, Rodrygo needed little over six minutes to net twice, before becoming the youngest ever player to score a perfect hat-trick in the competition

The Real Madrid's teenage sensation wrote himself into the Champions League record books on Wednesday as he stormed out of the blocks against Galatasaray before completing a perfect hat-trick.

The Brazilian, 18, opened the scoring at Santiago Bernabeu just four minutes into Madrid's Group A clash to mark his first-ever goal in the competition.

And he would not have to wait long to double his tally.

Two minutes later Rodrygo found himself in the right place to head Marcelo's cross past Fernando Muslera, the left-back serving up both strikes for his young compatriot as Madrid took a commanding lead.

In total the former Santos prodigy needed a mere six minutes and 14 seconds to net twice past the Turkish visitors, the fastest double ever recorded in the Champions League.

Any hopes he may have had for a hat-trick inside the first quarter-hour, however, were to be dashed.

When Toni Kroos was brought down in the area it was captain Sergio Ramos who stepped up to do the honours from the penalty spot, and he obliged with a panenka finish to put his side 3-0 up.

Had Rodrygo been given the chance to score from the spot and beaten Muslera once again, he would have broken the record for the fastest hat-trick in the competition's history, beating Marco Simeone's 24-minute treble for AC Milan against Rosenborg in 1996.

However, in the second minute of stoppage-time, Rodrygo converted Karim Benzema's pass to complete a perfect hat-trick by scoring a treble using his right foot, left foot and head.

In doing so he became the youngest player to score a perfect hat-trick in the competition at 18 years 301 days, smashing the record set by Paris Saint-Germain striker Kylian Mbappe, who was 20 years and 306 days old when he hit his treble against Club Brugge in October.

He is also the second-youngest player to score a hat-trick in the Champions League behind only Real legend Raul, who was 18 years and 113 days when he scored his treble for Los Blancos against against Ferencvaros in October 1995.

Benzema scored a late double himself to secure a thumping 6-0 victory for Zinedine Zidane's side.

The glut of goals will be more than welcome for Madrid and Zidane, particularly following their Liga toils at the weekend.

Madrid spurned the chance to go clear of Barcelona at the top as they were held 0-0 by Real Betis at home, despite racking up a total of 22 shots over the 90 minutes.

"We have had chances. The goal is the only thing that we have lacked."

Fortunately for the Frenchman they were in no short supply in the Champions League, thanks to their dangerous teenage frontman.