Nigerian Pastor, Stanley Omoregie who was accused of s*x trafficking claims he is not guilty, saying, God should kill him if a girl has worked for him. 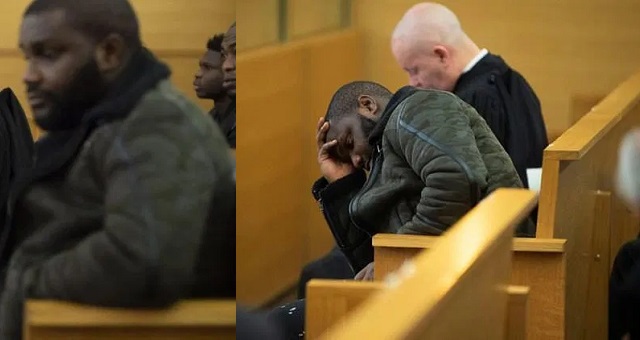 35-year-old Nigerian Pastor, Stanley Omoregie who was arraigned before a Lyon court on Wednesday November 6, denied s*x trafficking charges against him while stating that he only wanted to help members of his community.

Pastor Omoregie denied running a prostitution racket and trafficking young girls from Nigeria to Europe, but he admitted renting apartments to Nigerian girls. He however said he never suspected they were prostitutes.

“What do you think these women were doing to pay you rents of several hundred euros a month, without working, since they had no residence permit?,” the court president asked.

Responding to the question, the Nigerian Pastor said he never cared where the money for the payment of the service he provided came from.

Pastor Omorogie however failed to give a clear answer on sending a text message in which he told someone that he wanted ”the best, those who are mature and have beautiful bodies", but he then admitted that he once heard the girls talking about being prostitutes.

He concluded his testimony by telling the court ”May God kill me now if a girl has worked for me".

It was further learnt that the prosecution presented him as the kingpin of a family-based syndicate made up of 10 women and 14 men, including one of Europe's most wanted women, Jessica Edosomwan, accused of recruiting destitute women in Nigeria for the sex trade in Lyon, Nimes and Montpellier.