Dino Melaye has kicked off his street campaign ahead of the senatorial election coming up this month. 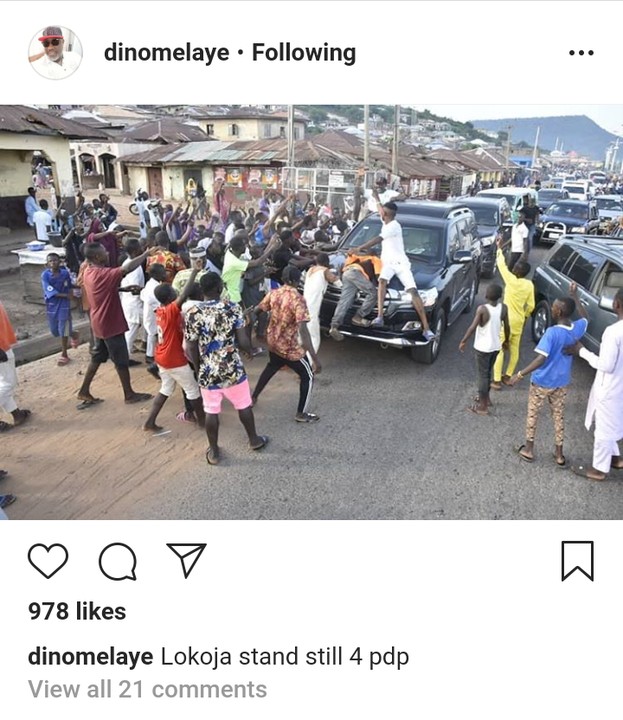 Boys climb Dino's car in Lokoja
Senator Dino Melaye has been spotted in Lokoja for a rally ahead of the forthcoming senatorial and governorship elections.
The Peoples Democratic Party chieftain while campaigning in the streets of Lokoja, Kogi had many youths who turned out en masse to support the party.
Some youths were also daring enough to climb his convoy. 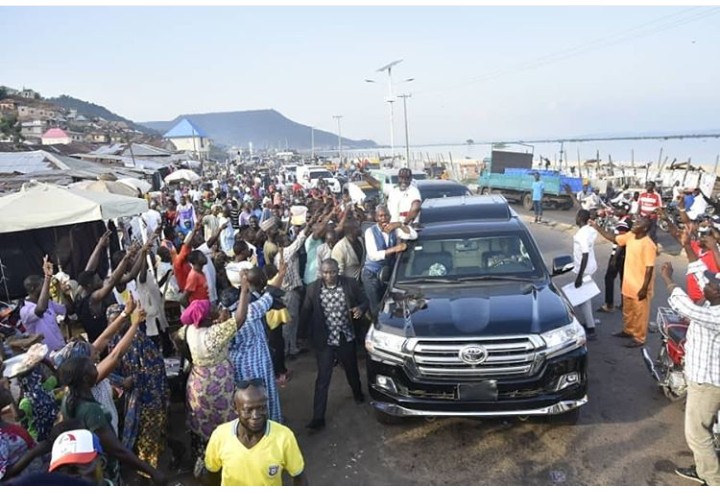 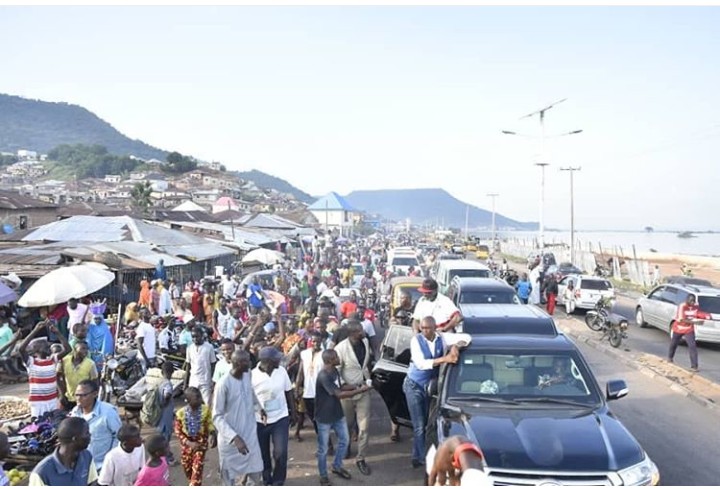 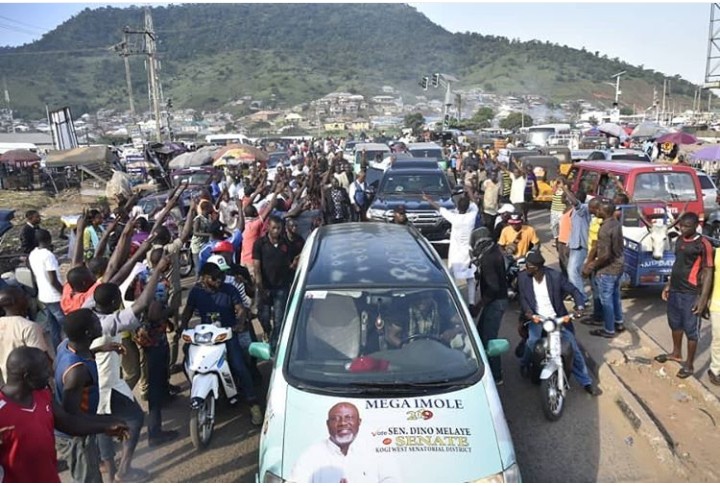