A Nigerian journalist has been reportedly beaten up by Yemi Osinbajo's security aides inside Aso Rock. 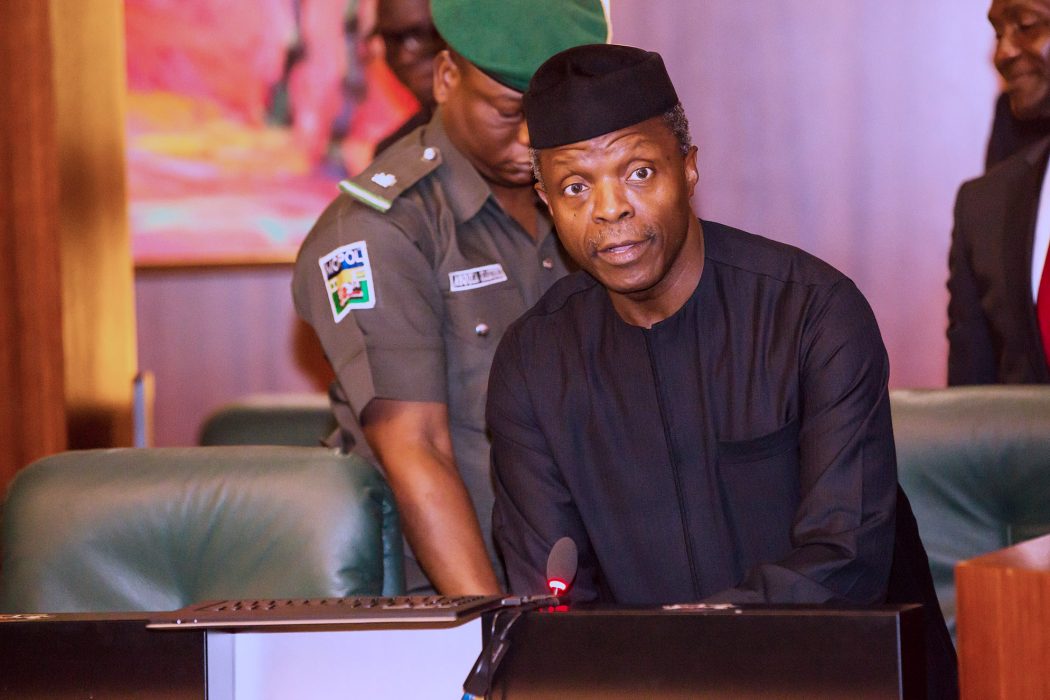 Abayomi Adeshida, a photojournalist with Vanguard, was on Thursday morning beaten up by security aides of Vice-President Yemi Osinbajo.

The incident took place at the banquet hall of the presidential villa in Abuja where the Nigerians in Diaspora Commission (NIDCOM), chaired by Abike Dabiri-Erewa, organised  a summit (pictured).

Adeshida was taking photographs of the vice president at the exhibition stand when Department of State Services (DSS) operatives pounced on him as Osinbajo was being presented a copy of magazine as souvenir.

The photojournalist later told his colleagues that he was not told his offence. He said he did not do anything out of the ordinary before the security operatives started hitting him.

His camera was damaged while he was dragged on the floor right in the presence of the vice-president.

“I was shocked when these DSS operatives started beating me for no reason. They tore off my Presidential Villa accreditation tag on the shirt and dragged me on the floor while hitting me and kicking me,” he said.

“I believe they would have done much worse if not for the intervention of the Vice-President’s aide-de-camp (ADC), who I noticed was making hand movements for them to leave me alone.

“I am feeling pains all over my body and a particular sever pain on my right leg on which I don’t even know what they hit me with.”

The telephone line of Laolu Akande, spokesman of the vice-president, was unreachable as of the time this report was filed.

The incident happened a day after 35 aides of the Vice-President were reported sacked.