The Anambra Sports Commission has proposed a N1.2bn budget which cater for the creation of a football club, building of stadia and others. 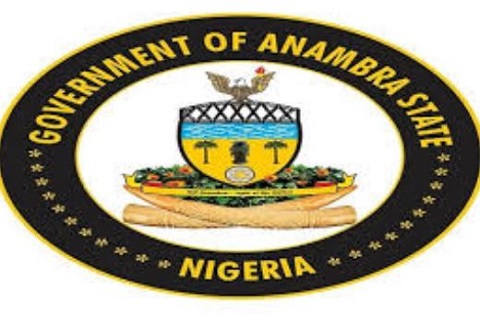 The Anambra government has proposed 1.16 billion Naira by 2020 for its sports activities during the year. The budget is included in the draft estimate for 2020 presented by the Anambra Sports Development Commission (ASDC). Most of the budget was allocated to the school sports project with an estimated budget of 820 million Naira, followed by the public sports stadium project in Awka, with a budget of 100 million Naira.

An estimate of 10 million nairas has also been budgeted for the creation of a state football club, an entry that surprises some enthusiasts given the position of Tony Oli, president of the ASDC, in the ownership of a football club by of the state.

Oli had said Anambra would not establish a football club, claiming that the property belonged exclusively to the private sector, adding that the government's role was to create a favorable environment NETBET.NG.

According to him, this is the reason why FIFA, the governing body of world football, rejects government interference in football matters, noting that as soon as FIFA discovers that a government is involved in football issues it forbids it.

"Even His Excellency asked me why Anambra should not have a club and I explained that, as a government, our duty is to create an environment conducive to the proper functioning of private sector soccer clubs," he said.

The Nigerian News Agency (NAN) announced that the Anambra House of Assembly had approved the 2020 Assignments Bill for 2020 amounting to 137.1 billion nairas for the state. identical to that proposed by Governor Willie Obiano.

He recalled that Victor Nwangwu, an experienced sports administrator, disagreed with the assumption that only state governments have the financial capacity to effectively manage professional clubs in Nigeria.

Nwangu expressed his opinion in an interview with the Nigerian News Agency (NAN) in Akwa in the context of the ongoing debate on the merits of Anambra's government's participation in soccer management in the country.

According to the NAN, Tony Oli, president of the Anambra Sports Development Commission (ASDC), said recently that the Anambra government's chances of establishing a football club were slim, and emphasized that this would only create a favorable environment for the development of the private soccer sector.

Odi Ikpeazu, president of Anambra United FC, confirmed this opinion, saying that the government had no activity in football management, but could only create a favorable environment for the company's development. Managed by the private sector.

Ikpeazu said: "I agree that governments should not own football clubs; clubs should be managed by the private sector, according to solvent demographics."

But Nwangwu did not agree with the two sports administrators, saying that talented young people in the state would only benefit greatly if the state government had the political will to emulate other states whose clubs prospered.

The soccer technocrat said evidence abounded in the number of soccer players in Nigeria who fired in the spotlight thanks to the platform provided by state clubs, such as Enugu's Rangers International FC. He said that no club left completely in the hands of private investors in Nigeria had survived financial difficulties, "as time shows, they do not have the ability to successfully manage clubs in this climate." "

Nwangwu said the creation of a supportive environment could not replace the financing of a state club; We had them before and they failed. He listed some of the private clubs that had disappeared, including Abiola Babes, Stationery Stores, Jasper, Udorji, ACB, NNB, and Iwuanyanwu Nataniel before the Imo government rescued him and even formed another. among others.

"If the Anambra government, in its wisdom, says that we are not going to create a state club, so be it. We don't hear anything different; successive state governments have said and acted in the same way.

"But I don't agree. This is an unfortunate decision. I should point out that the rest of the states that have state clubs, two or three of which are not stupid or do not understand governance or youth-oriented policies.

"Governments are involved in football not only as a spokesperson and public relations group as such but also as a means to provide young talents with opportunities to pursue their dreams and advance social mobility," he said. He told NAN.

"The Rangers FC is the pride of the Igbo man and every Igbo man, who survived the war, has an emotional bond with the club." The Rangers have contributed immensely and immensely contributed to the development of Nigerian football in general, and their exploits have been recognized beyond the coast of Nigeria.

"At one time, the Rangers contributed between four and six junior players to the late Nigerian Green or the existing Super Eagles. There would have been no Rangers if the governments of the former Eastern Region realized they had no reason to own a club, "he said.

Nwangwu explained how young Anambra dominated national football in the 1970s to 1990s due to the platform provided by Rangers International FC, then owned by Anambra.

"With the Rangers, Enugu has become a football city that, until recently, had the largest stadium in all of eastern Nigeria and still had a place in the host city selection for all the Cup Cups. World". organized by Nigeria.

"When you talk about the Rangers of yesteryear, from the first generation to the third generation, you are talking about the young Anambra as they are now, not about the state of Anambra whose capital was Enugu and was composed of Ebonyi, Enugu and current Anambra.

"In the first generation of Rangers, the current state of Anambra had nine stars out of eleven, when Anambra's natives were Dominic Nwobodo and Shedrack Ajero; it is verifiable.

"Once again, the first Green Eagles who won the first prize for Nigeria in 1973," All the African Games "had five players out of 18 who belong to the state of Anambra today," he said. he declared. Nwangwu named the players: Godwin Achebe (Capt), Emma Okalla, Paulinus Ezike, Dominic Ezeani, and Matthias Obianika.

"The Super Eagles who won the second prize for Nigeria in 1980 were led by Christian Chukwu, adopting the same pattern. We had Emmanuel Okalla, Alloy Atuegbu, Ifeanyi Onyedika, Okey Isima, and Sylvanua Okpala," he said.

Nwangwu reiterated his opinion that Anambra should have a state-owned football club that deserves its status as a Nigerian football power. He noted that this would undoubtedly provide the necessary meeting platform for the original players. NAN reports that 16 of the 20 clubs that participated in the survey.