Nollywood Actress, Matilda Lambert Reveals How A Movie Directer Asked Her For S*x After Auditions


A Nollywood actress has granted an interview talking about her life and career, and revealing her sexual harassment experience in the industry. 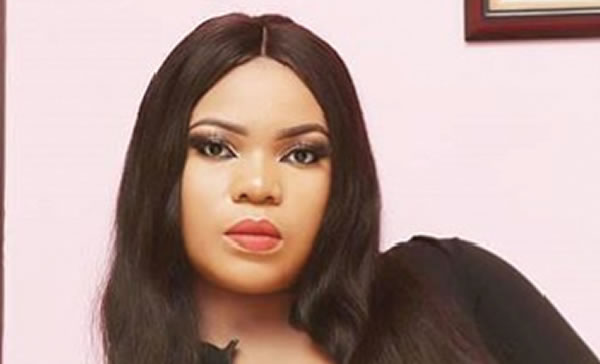 My childhood experiences were very awesome. I was overly pampered because we are just two, I and my brother. So I had my aunties and uncles doing things for me. When I was in Primary school, I won the overall Most Intelligent Student award and also won the Neatest Student award.

I had always wanted to be an ambassador and a pilot. When I finally started flying, I didn’t want to be anything close to being a pilot.

The first movie I acted is titled ‘The Celebrity’. I acted alongside Mike Ezuronye. The film was directed by Lancelot Imasuen. Mike treated me well; he didn’t make me feel it was my first time.

I lost my dad when I was leaving primary School. I joined the industry when I was in the University, 200 level to be precise. The only issue I had was that my mum wanted me to complete my education before venturing fully into acting. She has always been supportive.

Acting puts you in the limelight and as such there will be a lot of distractions. One thing I have always said to myself is that I came into this industry for a reason and I have a target. I am a focused young lady. I am goal getter. I don’t listen to people who don’t understand what I am doing or where I am coming from. I have learnt to be myself, to be focused and not to listen to negative and unnecessary criticisms.

Favourite qualities in a man

First of all, we need to understand that human needs are unlimited. People can’t be satisfied with whatever amount of money they are paid, that is what I think. Then, it is always wise to have multiple sources of income. Depending on one source of income, will not be enough. Asides acting, I have a bakery where bread and other pastries are produced. I don’t depend on my acting fee or money alone. That doesn’t mean that I don’t get paid. I am not the kind of actor that is on every set. I am very selective and I take my time to do anything I want to. I don’t just jump into things.

As an actor you shouldn’t be restricted, you should be able to play almost every role. I am not talking about a nude role, but any other role that needs to be well interpreted. You can go the extra mile to interpret it. When it comes to playing romantic roles, different directors want their romance scenes to be interpreted in different ways. Anything that would make me go nude is out of the way. We are Africans. You cannot take that away from us. We also have to be conscious of the fact that people out there are watching. As a woman, sometimes this affects you because people out there won’t understand that it is make-believe. Inasmuch as you want to give the role your best shot, you have to be a little bit considerate.

I look out for the story-line before accepting to play a role. For a long time, we have had regular story-lines with actors getting stereotyped. So when I get a script what I look out for is the story-line not the pay. You cannot keep doing the same thing over and over again. We need improvement; we need to explore other stories as actors, producers and directors.

I am a super hyper person. I could just be on the road, hear a song being played  and just feel like dancing. Fame hasn’t really robbed me of so many things. I just try to be careful with whatever I do  because someone out there may be watching .

Apart from acting and producing I have a bakery where we make bread, cakes and other pastries. I also run a foundation called Tilda Goes Green which educates people about the oil spillages associated with the Niger Delta. In addition, I also offer scholarships to students who are destitute and are very poor. I am actually sponsoring seven kids in different schools. I am also the Nigerian ambassador to Hollywood and African Prestigious Awards (HAPA). I make some extra dollars from my ambassadorial role. This is my second tenure with them. I am forever grateful for them to find me worthy amongst the other actors in Nigeria.

When I  started, I went for an audition. I did well and was given the script and everything. However days before the shoot was meant to start, the director called me and started saying I have to come and meet him somewhere. I was angry and hurt. I said to myself that one day , I will produce a movie and call this same guy to come and act a ‘Waka pass’ role. I ended up not appearing in the movie. That was my first impression about auditions in Nollywood.

I had this very bad impression about going for auditions and people taking you for granted, so I stopped attending auditions. Thank God every other job I got after that was just based on recommendations.

The world is a very small place. This same director years after came back to Abuja to film and he needed a very beautiful location. Someone brought him to my house. When he saw me, he couldn’t remember. One thing led to another and I told him who I was. He screamed and covered his face in shame. I always tell people being in a position of power and authority doesn’t mean you use it to oppress people.

When it comes to dressing, I wear things I am very comfortable in. For me it has to do with being comfortable. It doesn’t have to be necessarily trendy. Most times I wear what I am comfortable in, not necessarily about the trend. That’s my style and that is how I love to dress.