Three members of a troupe were stabbed during a performance at an entertainment festival in the Saudi capital Riyadh. 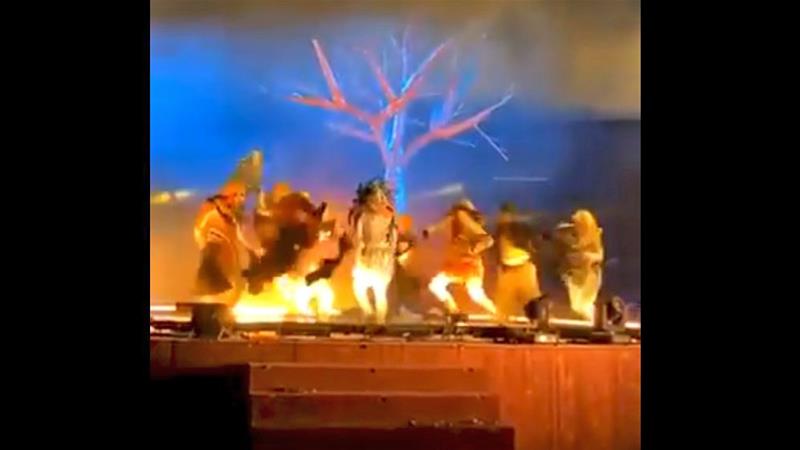 Police said a man was arrested after attacking three members of a troupe that was performing as part of an entertainment festival in the Saudi capital Riyadh.

Videos shared online shows that the attack took place on Monday evening, a man was seen storming the stage while the group was performing before he is chased by security personnel.

Two men and a woman were injured, the Riyadh police spokesman said in a statement published by the Saudi Press Agency.

Adding that they suffered superficial injury and are receiving the needed medical care.

Saudi police arrested the man immediately, saying he is a 33-year-old Yemeni who lives in Saudi Arabia, the statement added.

The motive behind the attack was not clear.

Many Saudis have been flocking to attend performances held as part of the `Riyadh Season’ entertainment festival, part of a push to open up the conservative kingdom for tourists and non-oil investments.

Some on social media have voiced their objection to the festival.