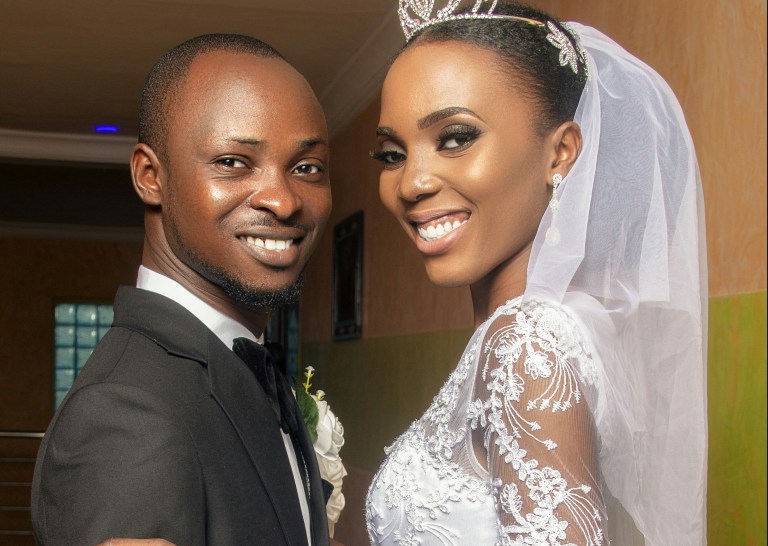 The lovebirds, who courted for two years, were introduced to each other by a mutual friend during a church programme.

The bride, Oluwatosin, is a fashion designer and the CEO of VestidosbyMO.

She graduated from Moshood Abiola Polytechnic, Abeokuta Ogun State, where she bagged a degree in Mass Communication.

She also attended Rhoda Michaels Fashion institute for a Diploma in Fashion Designing.

The groom is a chartered accountant and a graduate of the University of Ilorin. He works as the internal controls lead in an oil and gas servicing firm
Their love story

The couple have been friends since 2016 but began dating in January 2017. The bride said she agreed to marry her beau because of his amazing persona.

“(I) Accepted his proposal because we have amazing chemistry, he is so lovable and he is everything I want in a man,“ Oluwatosin said.

From the onset, the couple said they knew that they wanted to spend the rest of their lives together and to make it a reality, they never allowed a third party into their relationship.

Sharing their proposal story, the groom said he wanted it to be a suspense-filled public engagement.

“It was a surprise proposal at OOPL Cinema Abeokuta while she went to watch the movie Oceans 8. I felt the proposal had to be done because in Oluwatosin I already found my best friend and a queen I wanted in my kingdom forever.”

And so less than a year after the surprise proposal, they made it official. The couple said they plan to honeymoon overseas before the end of the year.