Joshua, surprisingly, opted not to make use of his reach advantage and engaged Ruiz Jr in a war inside the pocket. 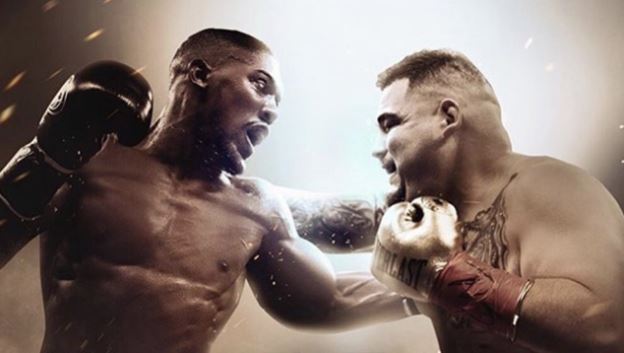 Andy Ruiz Jr insists Anthony Joshua will be reluctant to go toe-to-toe with him in their rematch next month, reports express.co.uk.

The Mexican-American will defend his WBA (Super), WBO, IBF, and IBO heavyweight titles against the Brit in Saudi Arabia on December 7.

Joshua will bid to avenge his first professional loss, which he suffered at Madison Square Garden in June, and resume his pursuit of becoming the heavyweight division’s undisputed ruler.

The Olympic gold medallist was stopped in the seventh round of his ill-fated American debut, with Ruiz Jr dropping him four times before referee Mike Griffin called a halt to proceedings.

Joshua, surprisingly, opted not to make use of his reach advantage and engaged Ruiz Jr in a war inside the pocket.

Ruiz Jr doesn’t foresee ‘AJ’ making that same mistake again and reckons he’ll try to beat him by keeping him on the side and utilising his jab.

Mexico’s first heavyweight champion said: “I think he’s going to try to box me around and use the jab a little bit.

“I don’t think he’s going to try, how can I say this, go head-to-head with me. But if he does, even better.”

Ruiz Jr is ready for whatever problems Joshua will bring to the table second time around and is confident he’ll leave Saudi having registered his first successful title defence.

‘The Destroyer’ said: “But we’ve been working on different styles. Everyone has a plan until they get hit. And on December 7, we’re going to stick to our gamelan.”

Joshua, 30, is relishing the opportunity to exact revenge on Ruiz Jr and silence his critics, saying: “I feel I was up against the good challenger at the time. “And as I mentioned I was the only champion until June 1.

“And as Andy’s champion right now, that will last until December 7. Until he has to put his titles in the air and two warriors go to war and the best man walks out victorious. I’m really looking forward to the challenge.”