Rakitic Cries Out Over Lack Of Game Time At Barcelona


The Croatia International is now saying that he is sad at Camp Nou because Barca took the ball away from him. 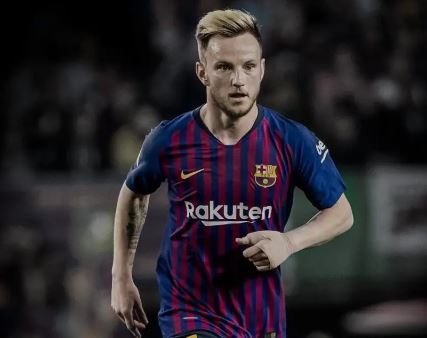 Barcelona midfielder Ivan Rakitic has cried out over his lack of playing time at the club.

Rakitic has found himself out of favour under manager, Ernesto Valverde as Arthur and Frenkie De Jong has been preferred in midfield by Barcelona coach.

The 31-year-old, who joined the La Liga champions from Sevilla in 2014, has not been regular for Barca so far this season.

The Croatia International is now saying that he is sad at Camp Nou because Barca took the ball away from him.

“I understand and respect the decisions of a manager, of a club, or anything, but what’s true is I have given so much in the five-plus years, I’ve had here, and what I want is to continue to feel good.

“That’s the most important thing for me. You only feel good when you’re playing. That’s the way it is. I am 31 years old, not 38. In reality, I feel like I’m in my best moment,” he said.

Rakitic was recently linked with a move to join Serie A champions, Juventus.