As many as thirteen people have been reportedly killed in a really horrific car crash along the Lagos-Ibadan expressway. 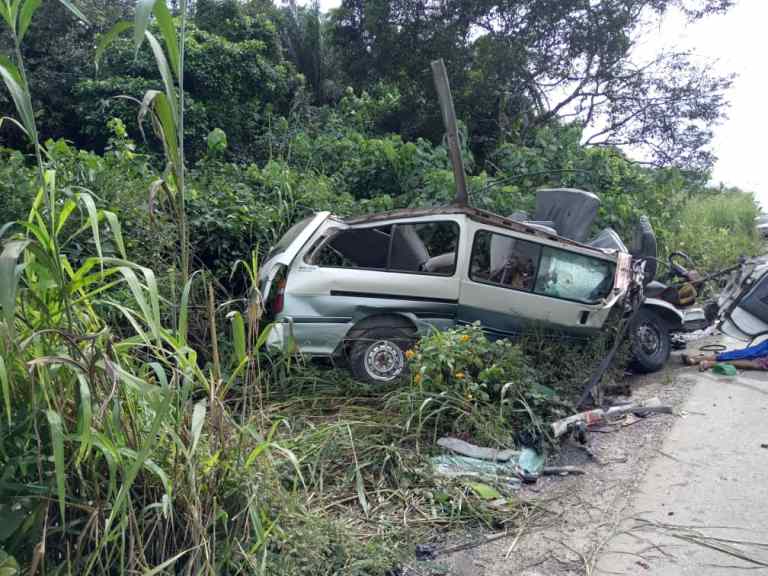 According to Premium Times, thirteen persons on Wednesday died in an auto crash at Sapade-Ogere axis of the Lagos-Ibadan Expressway, officials said.

The tragedy happened where a diversion was created by RCC, the construction company rehabilitating the corridor.

“The unfortunate incident involved three vehicles comprising a speeding truck heading towards the Lagos axis of the expressway. It suddenly suffered a burst tyre and in the process collided head on with two other speeding commuter buses heading towards the Ibadan axis, with one of them in the process attempting to wrongfully overtake within the diversion area,” Mr Oladele said.

Mr Oladele requested relations of the injured to contact the FRSC Command in Ogere Ogun State or the Victory Hospital, Ogere.

He said the bodies had been deposited at the Ipara Mortuary.