Singer, Rita Ora was greeted with a kiss by Prince William as they met at Centrepoint's 50th Anniversary Gala 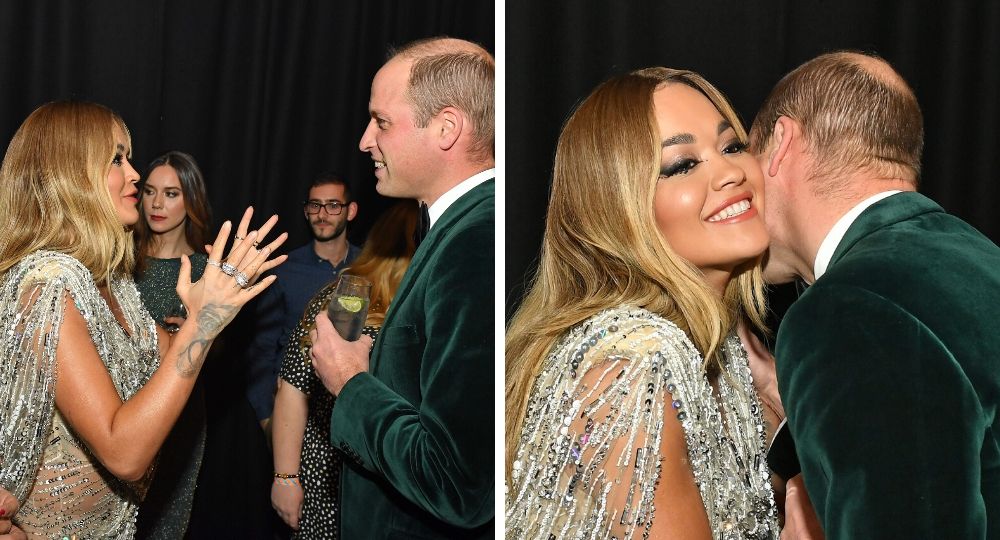 The Duke of Cambridge, 37,  is a long-standing patron of the charity, which helps homeless young people get back into education, training and employment.

He was joined by his cousin Princess Beatrice, who was there to show her support for the charity at the Roundhouse in Camden, wearing a black dress with colourful patterns, underneath a black winter coat.

Later singer Rita Ora, who was in a low cut silver beaded dress, looked happy to see the Prince as she spoke to him and kissed him on the cheek.

Stars including Elle Goulding and Lady Kitty Spencer also attended the gala, while singer Rita Ora will sing at the event.