Landlord Destroys Tenant's Properties, Only To Find Out His Daughter Has Been Withdrawing The Money


A landlord who was ready to throw out a tenant believing that he has failed to pay his rent has gotten the shock of his life.

A landlord has gotten the shock of his life after he invited auctioneers to raid the apartment of his tenant he thought had refused to pay rent for the past 5 months, has been shocked after finding out that his daughter has been the one withdrawing the rent the tenant paid.
Twitter user @BottledPaul who shared photos which captured the state of his friend’s house after the raid, said the landlord is now begging for forgiveness as the policemen he invited allegedly fled with some of the home appliances.
“Landlord just came with auctioneers to raid my guy’s house. Nigga came home and found his kids outside. Ended up breaking his dining table and surround system. Only to find out that the landlord’s daughter’s been withdrawing the rent for the past 5 months," he tweeted.
Read his tweets below: 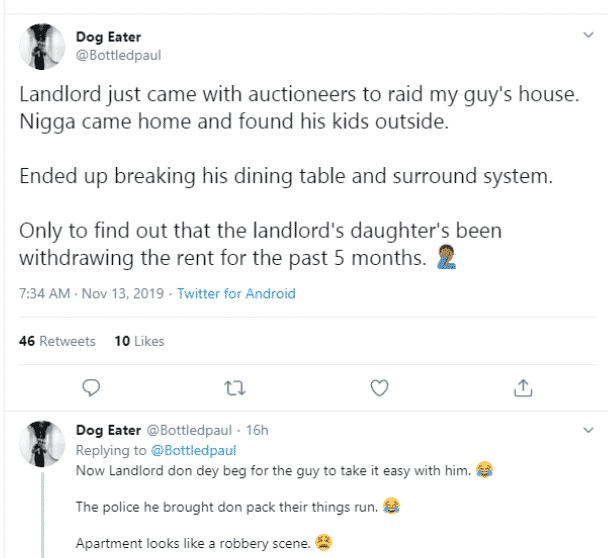 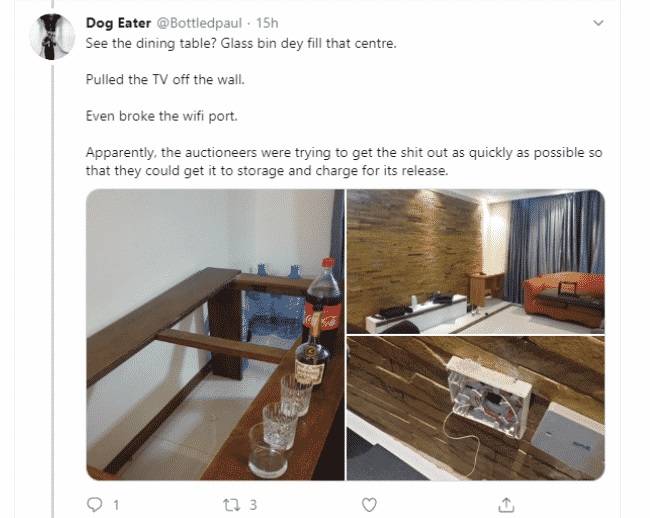