The story has been told of a 2-year-old girl who was crushed to death by an air-conditioning unit. 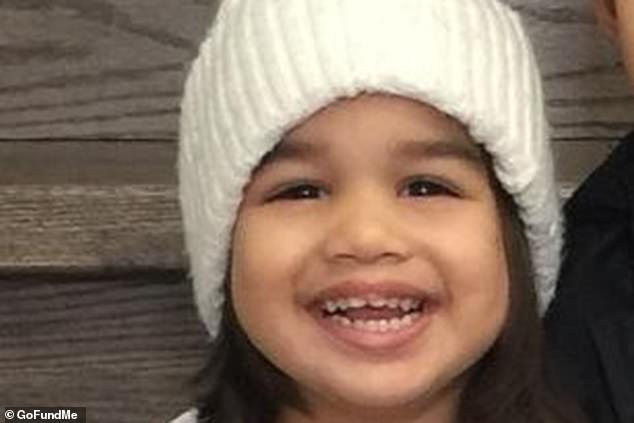 A two-year-old girl has been killed after an air conditioning unit fell from an eighth-floor apartment and landed on her stroller while her two young siblings watched in horror.

Toronto police said they were called to an apartment complex in the Scarborough section of the city just before 4pm on Monday.

The mother of the girl and her three young children were entering the Toronto Community Housing complex after she picked two of them up from school.

Just before entering the building, an air conditioning unit landed directly on the stroller carrying Crystal Mirogho, according to CTV News Toronto.

She was rushed to hospital, where she was pronounced dead just after 11pm on Monday.

‘I ran on my balcony and I looked over and I could see her trying to revive her daughter.

‘They said they had a pulse, a low pulse, and she just started crying.’

The family, through a law firm, said it was ‘devastated’ by Crystal’s death.

‘Our family has lost our precious baby girl Crystal,’ the family said.

‘We are devastated. We would ask that through this difficult time we be given the opportunity to grieve our loss privately.

‘We wanted to thank the public for the outpouring of support for our family while we are struggling to cope this is tragedy.’

A GoFundMe page has been created to raise money so as to help the family offset funeral and burial costs.

The crowdfunding campaign is also aimed at helping the family relocate to another home.

‘The family cannot bear to go back to the same building where their daughter was killed,’ according to the GoFundMe page.