A Nigerian man has been arrested in Kenya for preaching in the country without permit. 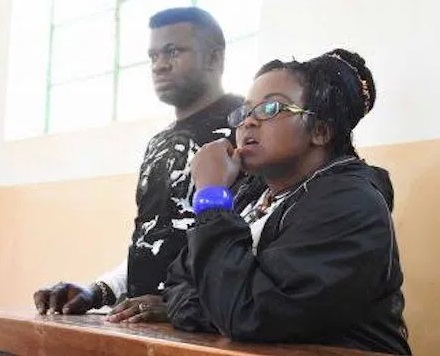 Ifeanyichukwu Ezeking,  and Alice Kawira
According to a report by Nairaobi News, a Nigerian national has been charged alongside a Kenyan woman for engaging in gospel evangelism without authorisation and permit.
Joseph Ifeanyichukwu Ezeking, 39, and Alice Kawira, 35, are reported to have on diverse dates between January and September this year in Embu and Meru counties engaged in the exercise without the requisite permit.
Ms Kawira was charged with harbouring the foreigner in her house while knowing that he was illegally engaging in the evangelism.
Appearing before Isiolo Principal Magistrate Evanson Ngigi on Wednesday, the duo were also charged with obstructing police officers who had gone to arrest them in Meru County.
They pleaded not guilty of the three charges and were each released on a Sh100,000 bond.
The case will be heard on January 30, 2020.
Top Stories