Gunmen have caused quite a stir after abducting a staff of the Nigerian Television Authority in Ogun. 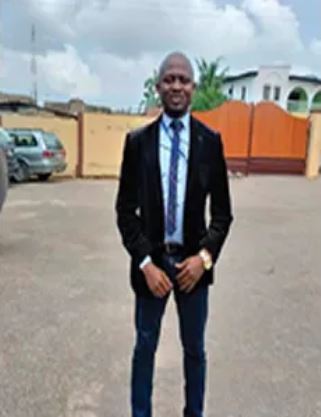 Abiodun Adenuga who was abducted

According to NewTelegraph, some gunmen have abducted an employee of the Nigerian Television Authority (NTA), Abiodun Adenuga, in Odogbolu Local Government Area of Ogun State.

Adenuga, who works at the Ijebu-Ode station of NTA, was allegedly abducted at his residence at Aiyepe, Odogbolu.

New Telegraph learnt that the incident occurred about 10p.m. on Tuesday.

It was learnt yesterday that the abductors have demanded N15 million for his release.

A dependable source, who confirmed that the abductors had opened negotiations with the victim’s family members, said the gunmen had refused to reduce the ransom.

The source told our correspondent Adenuga usually “goes to work in Ijebu-Ode, which is a distance of about 30 minutes’ drive from Odogbolu”.

Oyeyemi, however, declared that security operatives were doing everything necessary to ensure that the victim was rescued unhurt and reunited with his family.