It was also gathered that, several persons were left with degrees of injuries including a Woman. 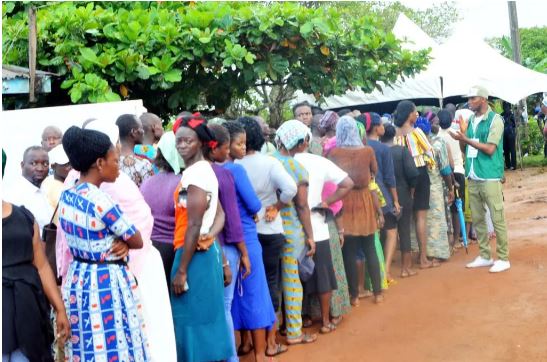 Three persons have been confirmed dead while several others were left injured when suspected political parties thugs invaded Adankolo and Lokongoma primary schools in Lokoja.

It was gathered that the thugs who were dressed in Police uniform shot at two voters in Adankolo and one in Lokongoma when they wanted to snatch the ballot box.

It was also gathered that, several persons were left with degrees of injuries including a Woman.

This forced many voters to scamper for safety following the ugly development in those polling units.

Some victims who sustained injuries are now receiving treatment in an undisclosed hospital.

It was earlier reported that, the Kogi State governorship election had been marred with violence, intimidation, ballot box snatching and vote buying.