The photo oof a policeman using a ballot box to wash his uniform has been making the rounds since it appeared on the internet. 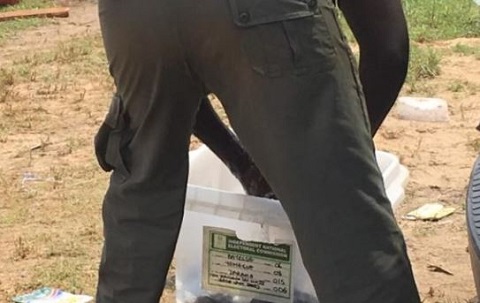 An officer from the mobile police squad was spotted using a ballot box to wash his uniform inside the premises of the Independent National Electoral Commission (INEC) office in Yenagoa, Bayelsa state, on Sunday.

The INEC office is the collation centre for the Bayelsa governorship election that held on Saturday.

Redeployed from a unit in Lagos, the officer told TheCable that he did not know how long he would be in the state as work is yet to be completed.

“We will still stay after the result has been announced. The last lap of our job is to ensure there is no post election violence,” he said.

Ahead of the election, the police had deployed 31, 000 men to Bayelsa.