For A Fan To Go As Far As Tattooing Your Name On His/Her Body, That's Love - Yul Edochie


The collation officer presented the money at the INEC headquarters in the state while submitting the result of the local government he coordinated. 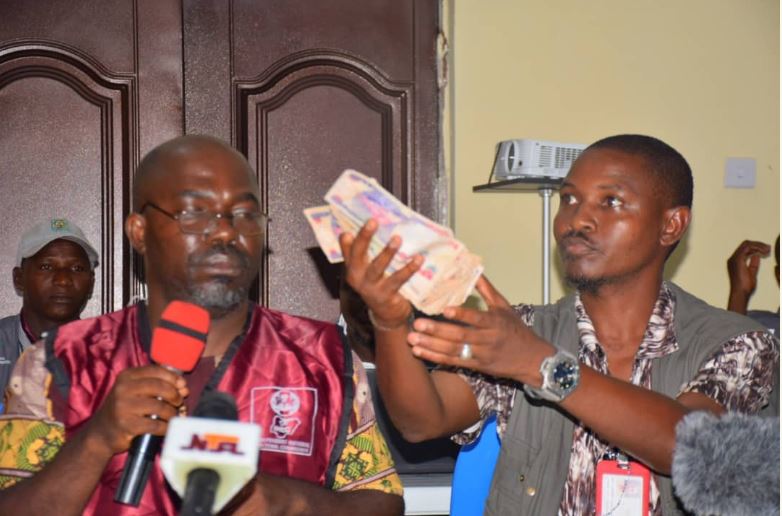 A collation officer of the Independent National Electoral Commission (INEC) in Kogi state on Sunday presented a N50,000 bribe politicians allegedly offered to a presiding officer in Igalamela-Odolu local government area of the state during Saturday’s election.

There was widespread financial inducement by politicians during the election.

The collation officer presented the money at the INEC head office in the state while submitting the result of the local government he coordinated.

However, he did not disclose details of the political party which offered the money.

In its preliminary report on the Kogi election, The Centre for Democracy and Development (CDD) said the enlistment of anti-graft agencies by the Independent National Electoral Commission (INEC) could not check vote buying.

“Notwithstanding that INEC enlisted the EFCC and the ICPC to assist in curtailing vote-buying, vote-buying was very rampant across the state,” it said in its report.

“CDD observers reported that party agents in several polling units engaged in the financial inducement of voters to influence them to vote for the parties.The cost of a vote ranges between N500 and N3,000.

On the election eve, the organisation had said politicians offered some electoral observers $1,000 each “to buy their conscience”.