Confusion As Interpol Holds Adoke In Dubai, Despite Court Order


Adoke, who was said to have arrived Dubai on Monday, November 11, for a scheduled medical check-up, was quizzed by the Interpol and then taken into custody following the mix-up. 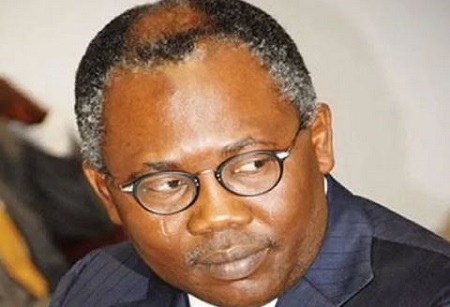 Mohammed Bello Adoke, former attorney-general of the federation, has been held in Dubai, the United Arab Emirates, by Interpol following confusion over a warrant of arrest that has already been vacated, TheCable understands.

A federal capital territory (FCT) high court in Abuja had issued a warrant of arrest against Adoke and four others on April 17, 2019 following a request by the Economic and Financial Crimes Commission (EFCC) over the controversial OPL 245 deal executed by the federal government in 2011.

However, following an application by Adoke’s lawyers, the court, presided over by D. Z. Senchi, vacated the warrant on October 25, 2019, declaring it “null and void and of no effect whatsoever”.

TheCable understands that while the first order was sent to Interpol by the Nigerian police, the vacating order was not transmitted, thereby creating confusion for the multinational force.

Adoke, who was said to have arrived Dubai on Monday, November 11, for a scheduled medical check-up, was quizzed by the Interpol and then taken into custody following the mix-up.

A source who is in the know of the development said the police are asking for a certified copy of the vacating order before they can release him and allow him to proceed for his medicals.

TheCable could not immediately establish from where he flew into Dubai, with different sources saying China and Rwanda.

Adoke has been on self-exile since 2015, accusing the EFCC of trying to humiliate him and maintaining that he did no wrong in the OPL 245 affair.

He recently published his memoirs,  “Burden Of Service: Reminiscences of Nigeria’s former Attorney-General”, detailing his role in the OPL 245/Malabu Oil deal as well as other events that happened in the Goodluck Jonathan administration, which he served as AGF from 2010 to 2015.