Two brothers, Adamu Chonoko and Umar Chonoko who were abducted have escaped from the den of their captors with the assistance of security agents. 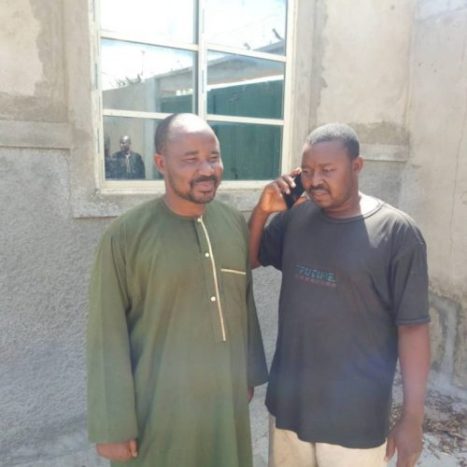 Two brothers Adamu Chonoko of Ahmadu Bello University and Umar Chonoko of Kaduna Polytechnic, both lecturers, have escaped from their kidnappers.

The two brothers were kidnapped last week and ransom demanded.

Garba said, “the two siblings and indigenes of Kebbi State have escaped from their kidnappers and arrived the palace of Wakilin Sarkin Zurun Kaduna and were received by the Wakili around 11:51am today (Sunday). We thank Allah for their escape.”

According to him, Umar Chonoko went to deliver the N2 million and a motorcycle ransom to secure the release of his brother, Adamu, but was also held by the kidnappers who demanded for additional N5 million ransom.

“N3 million was delivered, making a total of N5 million, but the abductors made another demand of N10 million.

“Their demand could not be met. Just this morning, with the assistance of security agents, both of them escaped.

“We thank the media, security agencies and all those who helped us in praying for their freedom,” he said.