A woman flew more than 500 miles to lose her virginity to a man 24 years her senior and his girlfriend and they now live happily together as a 'throuple'. 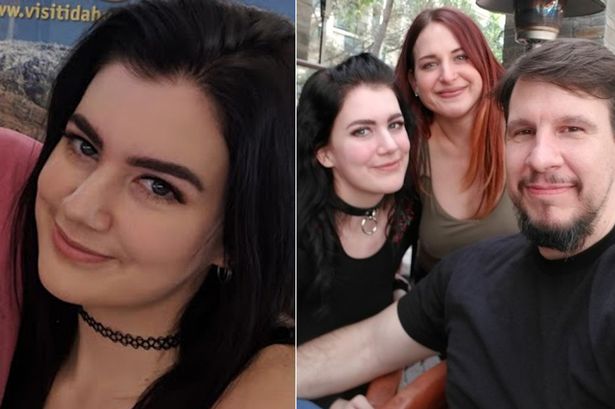 A woman flew more than 500 miles to lose her virginity to a man 24 years her senior and his girlfriend - and they now live happily together as a 'throuple'.

Gabrielle Reese was just 18 when she travelled to met Jacob Boswell and Megan Muirhead after meeting them on a sugar daddy website.

Now 21, the graphic designer has been living with the couple for the last three years, and while she claims they are very happy she admits jealousy is a big threat in their relationship.

Gabrielle spoke to Jacob and Megan online for three months before arranging to meet, having warned her own parents years earlier that she planned to marry someone their age.

Recalling their first encounter, which involved her travelling from her home in Idaho, northwestern USA, to Salt Lake City, Utah, Gabrielle, who is bisexual and said she has always liked "older men," explained: “I did lose my virginity that first weekend.

“We never really discussed that as the plan, but we were all interested and open to the idea.
“The whole thing was exciting and new. We all clicked very fast and there was a lot of chemistry - we were all involved that first night.

“There were definitely positives. Jacob and Megan are both older, while I had no experience.

“Losing my virginity to a guy and a girl, being bisexual, I got to experience all aspects of my sexuality, too. Girls are soft, delicate and nurturing, while men are more dominant.

“I'd never thought that much about how I would lose my virginity, but I guess it wasn’t what I predicted. I don’t have any regrets though - we’re still here three years later.”

Gabrielle admits she was a late developer as "always liking older guys" stopped her from forging any childhood romantic relationships with boys her own age.

So, after turning 18, she joined a sugar daddy website, matching younger women with older men and, in October 2016, found software developers Jacob and Megan - deciding to fly out and meet them a few days before her 19th birthday.

First, she was honest with her parents data analyst Don, 46, who is only a year older than Jacob, and sales associate Kathea, 44.

"My family knew but they weren't too happy," she said. "But I was very, very honest.

"Growing up, I'd warned my parents I wanted to marry someone their age, but  I think they thought I was joking.