Former Speaker of the House of Representatives, Yakubu Dogara, said in a series of tweets on Tuesday that he received the news with shock. 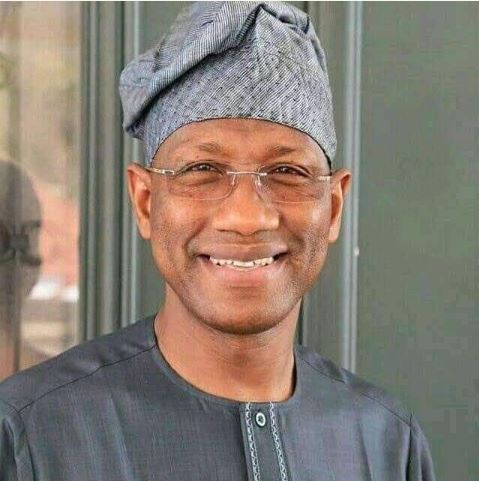 Pariya passed on Tuesday morning in Dubai, UAE after a brief illness. A family source was quoted saying Pariya had been on life support for two weeks before his death.

Former Speaker of the House of Representatives, Yakubu Dogara, said in a series of tweets on Tuesday that he received the news with shock.

“I received with shock the sad news of the sudden death of Alhaji Umar Pariya. Alh Pariya was an exceptionally gifted and energetic man who pursued with courage; causes that were larger than himself. Humility was his trademark and loyalty his seal,” he wrote.

The former lawmaker added: “I extend my heartfelt condolences to his immediate family and pray God to grant them the fortitude to bear this irreparable loss. May his soul rest in perfect peace. I also specially condole with our leader, His Excellency former Vice President, Alhaji @atiku, Wazirin Adamawa.

“Undoubtedly, you have lost a loyal, hardworking and committed associate who stood by and with you in all circumstances. May God comfort you and fill the huge vacuum created by Alhaji Pariya’s demise." 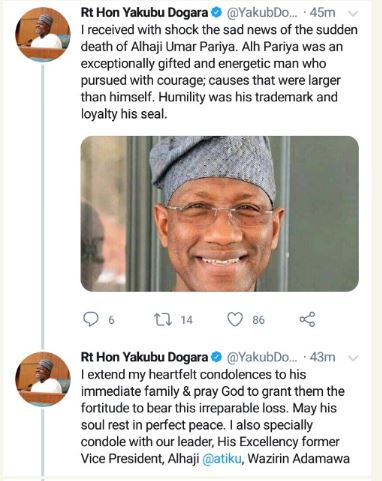 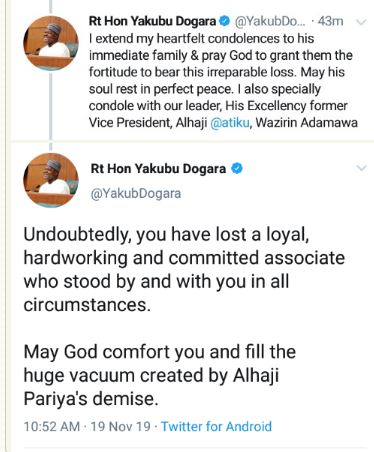