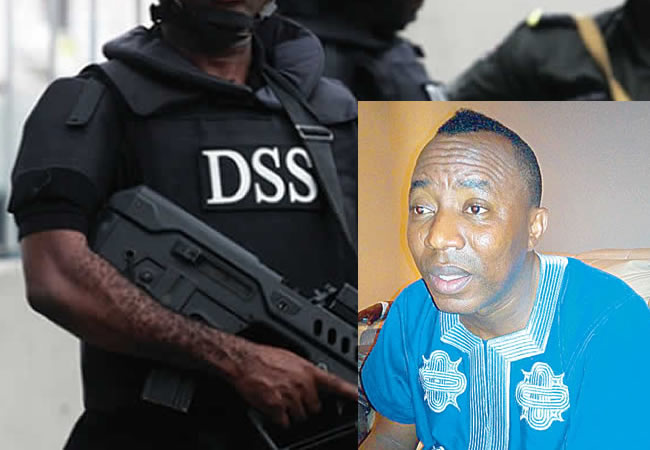 According to Punch Metro, the Department of State Services has urged those who stood as sureties for the convener of the RevolutionNow protest, Omoyele Sowore to come forward.

The service said it would require these persons to come and properly document with the service to enable it (DSS) to release him (Sowore) on bail as ordered by the courts.

Spokesperson for DSS, Dr. Peter Afunnaya, made this appeal at a media briefing in Abuja on Tuesday.

He explained that the service had a responsibility to Nigerians as well as the detainee to ensure that proper procedure was followed and that the detainee is released to the right and proper persons.

Afunnaya said, “If someone has stood as surety for someone let the person come and document properly.

“Let the people come and document properly. We stand to discharge our responsibility in line with global best practices.”