A man has been arrested by the police for posing as a pilot for Lufthansa Airlines to escape queues and the longer screening process for normal passengers. 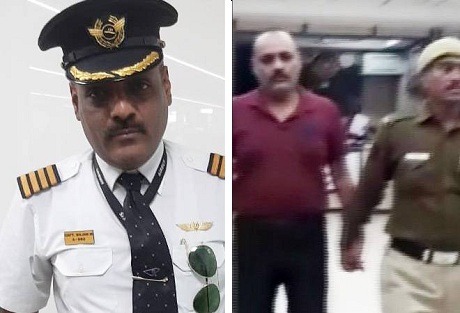 Police on Wednesday said a man who posed as a Lufthansa pilot so that he could enjoy quick boarding and upgrades has been arrested in New Delhi.

Deputy Commissioner of police, Sanjay Bhatia, said Rajan Mahbubani, 48, was wearing a Lufthansa airlines pilot’s uniform and was carrying a fake ID card when he was detained at the airport in the Indian capital.

Mahbubani was detained at the departure gate of a flight to Kolkata after the chief security officer of Lufthansa at IGI Airport reported a suspicious movement of a passenger in the uniform of Lufthansa airlines.

According to the police, Mahbubani revealed during interrogation that he was a frequent traveller and would wear the pilot’s uniform to escape queues and the longer screening process for normal passengers.

The police added that Mahbubani said he always uses the passage reserved for airline crew members and sometimes he would get his seat upgraded.

“He revealed he had used the fake ID numerous times over the past six months.’’

Bhatia however, said a criminal case has been registered against him and further investigation is ongoing.

He added that Mahbubani, who runs a training and consultancy firm, was fond of wearing uniforms of different professions and getting photographed or got videos made which he shared on social media.

“There was a picture of him in an Indian Army colonel’s uniform on his phone.’’