Sagay said it was now difficult to steal public funds due to the efficacy of the anti-corruption war of the current administration. 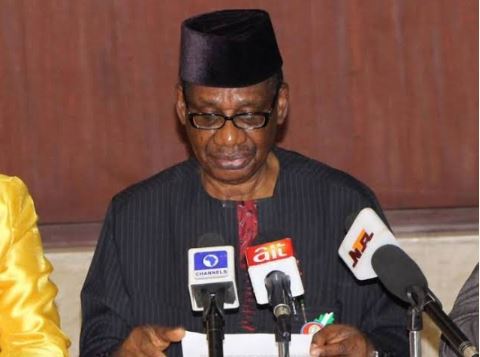 The chairman of the Presidential Advisory Committee Against Corruption, Professor Itse Sagay, yesterday urged President Muhammadu Buhari to again approach the Senate to confirm Ibrahim Magu as substantive chairman of the Economic and Financial Crimes Commission.

Sagay made the call in Abuja when he led other members of PACAC on a visit to the acting chairman of the EFCC, Magu. He said since Magu took over the leadership of the commission in 2015, he had demonstrated firmness and courage in the fight against corruption.

He said: “The EFCC (under Magu) is a body that has surpassed every other organization, past and present, in the fight against corruption. When something is good, when you see merit, dedication, courage…I think it’s (not fair) to say you are looking for something else.”

“In our view, the acting chairman deserves everything, including being given a substantive appointment. Magu is an uncompromising person as far as corruption is concerned.

"We, PACAC, are solidly behind Magu and the EFCC”.

He also said it was now difficult to steal public funds due to the efficacy of the anti-corruption war of the current administration.