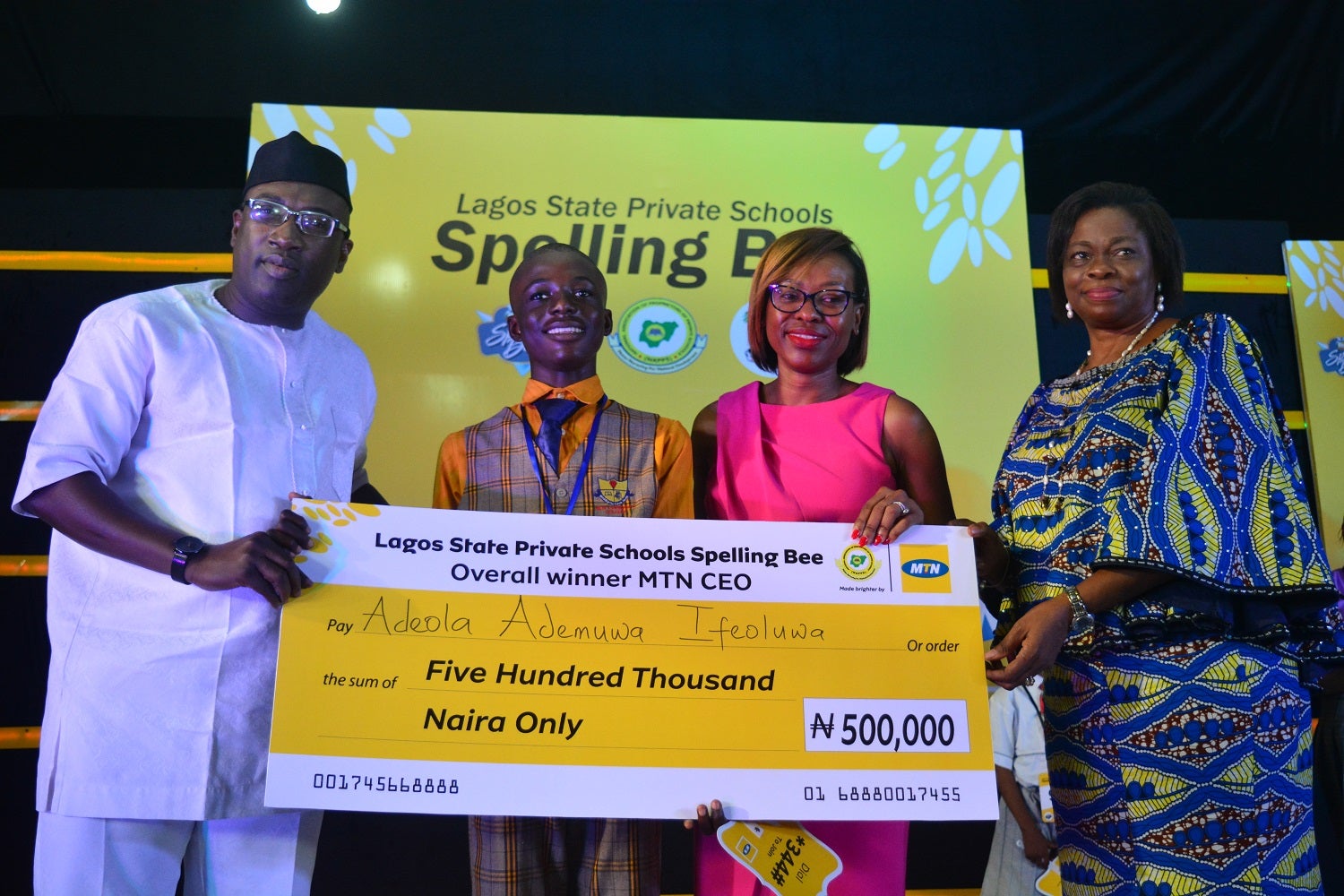 The 2019 edition of the Lagos State Spelling Bee Competition sponsored by Nigeria’s leading ICT company, MTN came to a climactic end on Tuesday, November 19, after months of intense battle.

The competition which began in July featured a total of 70 schools and over 1000 students from around Lagos.

The finale event, which was held in Holy Child College, Ikoyi saw an intense battle among the 31 candidates representing their various schools. After several hours of a fiercely contested competition, a senior student of Chrisfield College emerged the overall winner.

The winner, Adeola Ademuwa Ifeoluwa, an SS2 student, shared his excitement after the victory. “I was feeling a little bit tensed but I knew I would win. I had to memorize a lot of words and prepared very hard.”

While declaring the event open, President of the National Association of Proprietors of Private Schools (NAPPS), Alhaji (Dr) Wasiu Adumadeyi thanked MTN Nigeria for partnering with NAPPS to make the competition a success and also announced that the overall winner will be awarded a tuition fee scholarship, courtesy of NAPPS.

Omotayo George, Senior Manager, Youth Segment, MTN Nigeria shared that the competition is an opportunity to help the student achieve their unique dreams. “Consider it a rehearsal for greater things to come in your lives. MTN is introducing you to a world of opportunities through our teen proposition called MTN mPulse. It is designed to help you learn, play and shine,” she admonished the students.

MTN Pulse was developed to equip students between the ages of 9 and 15 years with the resources they need to maximize their potential.

The service offers primary and secondary school students an array of premium services and features such as free airtime on their birthdays, free data for WhatsApp, practice questions for Common Entrance, WAEC, JSSCE and JAMB, Videos and lots of games.