The mature woman has revealed she hasn't been able to climax ever since she was born despite trying different men.

There is a conversation about women not being able to hit the climax during s*x.

A 41-year old woman who appears to have been with two husbands shared her story which entails the failure of men to take her to the zenith in bed.

According to her, using electronic adult toys for hours have also failed her. She is presently seeking a solution to her problem. 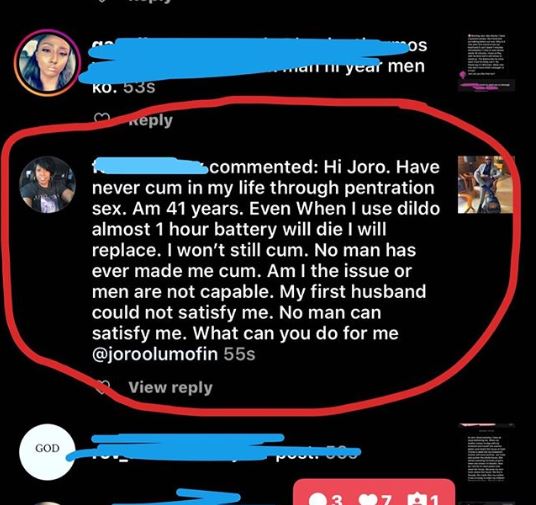 A man has also corroborated the account of the woman with a story seen below: 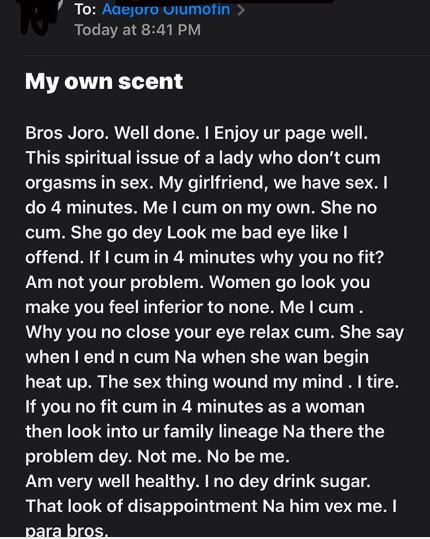