Port Harcourt alleged serial killer, Gracious David-West has pleaded not guilty to the 10 count charges of murder meted against him. 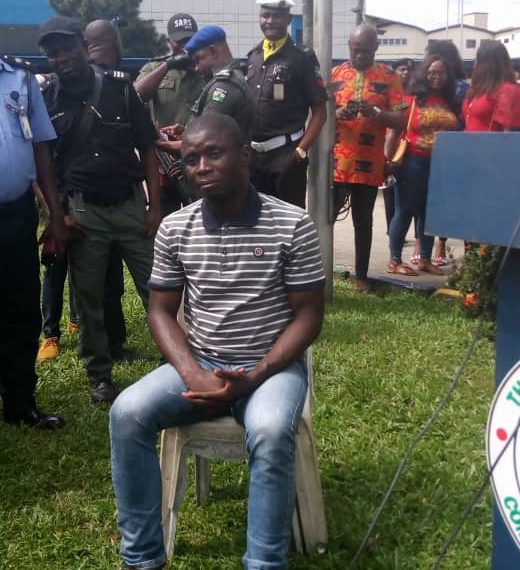 Prime suspect on the serial killing of women in Rivers state, Gracious David-West on Thursday pleaded not guilty to all ten-count charge involving murder and attempted murder against him before a high court in Port Harcourt.

David-West is being charged for killing up to fifteen females in various hotels in parts of Rivers State in nine counts and attempted murder in the tenth count.

A female manager in one of the hotels where one of the serial killings took place, Nimi Thankgod, who is facing trial along with David-West, also pleaded not guilty to one count of misconduct in the handling of the corpse of an alleged victim.

Nemi Thankgod allegedly dumped, along Aggrey Street, remains of one Patience Omo who was murdered in a hotel she manages within Bendel Street in the Town Area of Port Harcourt.

Vincent Chukwu, Counsel to the prime suspect, David-West, applied for his client’s bail after his not guilty plea to the charges but Counsel to the prosecuting Rivers State Government, Eke Chidi, opposed the application.

Trial judge, Justice Adolphus Enebeli, after hearing the arguments, only granted bail to the 2nd Accused to the tune of five hundred thousand naira (N500,000) and a surety that must deposit four passports, address that must be verified by the court.