Some of the prisoners who tried to escape during the protest by putting holes on the walls were apprehended while one sustained gunshot injuries. 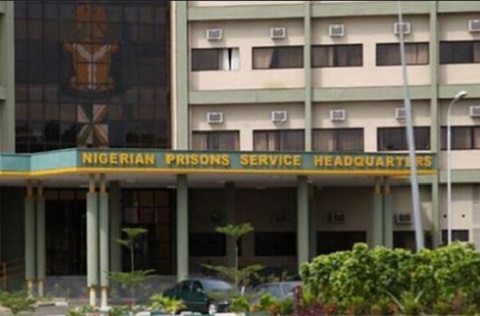 There was pandemonium at the Nigerian Correctional Service in Eket community of Akwa Ibom State as a prisoner was allegedly beaten to death by wardens of the correctional facility on Friday November 22.

The death of the prisoner who was reportedly manhandled over a little misunderstanding led to a protest by other prisoners in the early hours of Saturday November 23. It was gathered that properties worth millions were destroyed during the protest.

“Over 100 inmates started the protest around 5:30 am on Saturday in the NCS in Eket because of the killing of one of them. They destroyed property’s worth millions of naira including four internal cells.

“The clinic facilities, kitchen, store houses, pantry and other facilities. They condemned the inmates cells, nearly all the facilities were destroyed" an eyewitness said.

Some of the prisoners who tried to escape during the protest by putting holes on the walls were apprehended while one sustained gunshot injuries.

Surveillance has been mounted on the hospital where the injured inmates are receiving treatments.

“If not for the combined JTF, DSS, Police, detachment of neighbouring personnel in other local government area including Uyo, the inmates would have escaped,” the source added.

Mr. Josiah Ogbajie, the spokesperson of the NCS in the state said they are still investigating and will be releasing a statement soon.