Zinedine Zidane's men were beaten 3-0 by PSG in September in their opening Group A fixture. 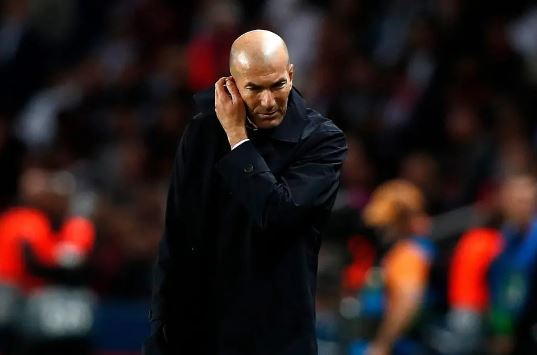 Real Madrid manager, Zinedine Zidane has insisted that the Los Blancos are “not looking to get revenge” when they host Paris Saint-Germain in the Champions League on Tuesday night at the Santiago Bernabeu.

Zidane’s men were beaten 3-0 by PSG in September in their opening Group A fixture.

“We aren’t looking to get revenge after what happened earlier in the group,” Zidane said at his pre-match press conference on Monday.

“But we want to play a good game of course and maintain our form.

“It’s the kind of game where you can confirm you’re on a good run. We want to win because we’re at home and we want to play good football.

“I want to see my side play 90 minutes at their best.”

The kick-off time for the match is 9pm.