My Girlfriend Has A Black Heart - Man Laments


A young man has complained about the excesses of his girlfriend who talks bad about her friends despite celebrating them in their faces.

Relationship adviser and blogger, Joro Olumofin has shared the story of a man who is unhappy about the behaviour of his girlfriend.

According to him, the lady has a black heart as she backbites about her friends despite celebrating them. Many have stated that their female lovers also have a similar behaviour. 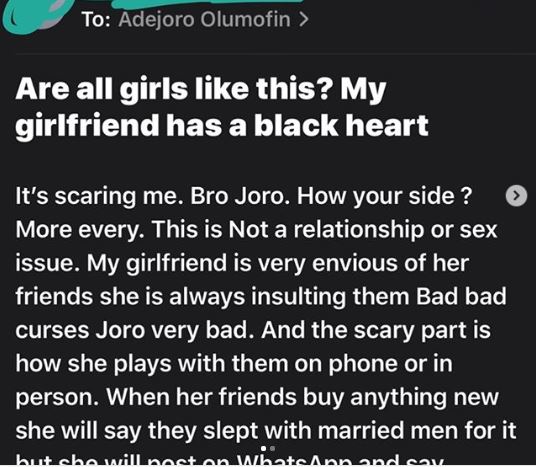 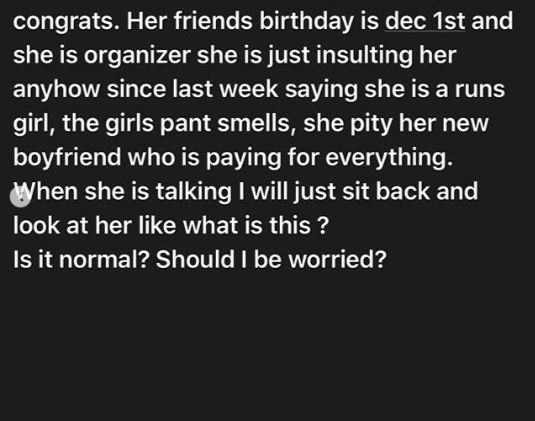