The woman is said to have sustained multiple injuries throughout her body, including fractures, according to Netcare911. 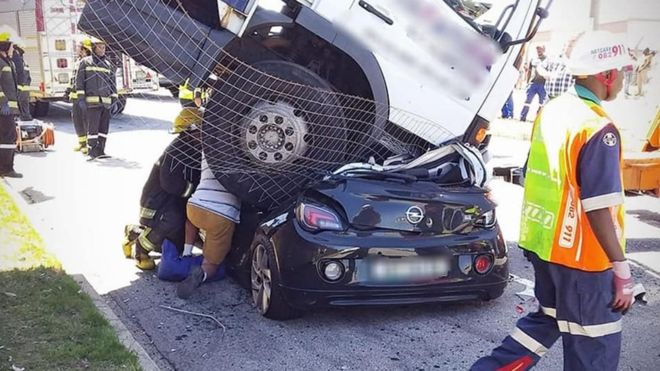 Woman survives with injuries after heavy lorry landed on her car

A 26-year-old woman is being treated for serious injuries after a lorry landed on top of a car in the coastal town of Port Elizabeth.

Independent ambulance company Netcare 911 was among the medical workers to respond to the scene of the accident on Tuesday afternoon.

The woman is said to have sustained multiple injuries throughout her body, including fractures, according to Netcare911.

“The truck was squashing both her and her car. Parts of it had to be cut off in order to free her,” Shawn Herbst told BBC News.

“Her level of consciousness was low when we arrived but it was managed on the scene through advanced life support before she could be transported to a nearby hospital,” Mr Herbst added. 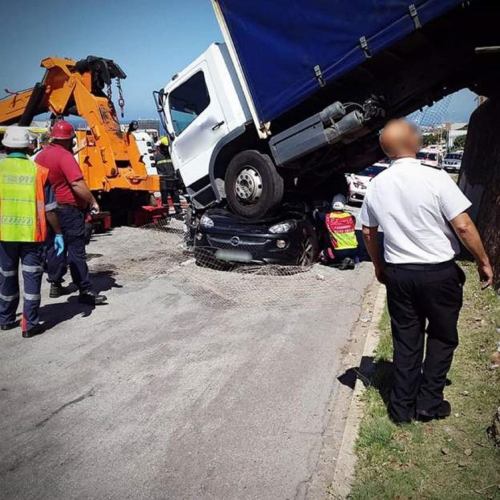 Woman survives with injuries after heavy lorry landed on her car

The woman is believed to have been trapped in the wreckage for at least 40 minutes.

A case of reckless and negligent driving is being investigated against the driver of the lorry, local media are reporting.

The driver had apparently left his car to go and fetch his child from a primary school in the vicinity.

“When he returned to his truck, he noticed it was no longer parked where he had left it. He then noticed that the truck had rolled forward and collided with an Opel Adam,” HeraldLive quote police spokesperson Sandra Janse van Rensburg as saying.