Many Marriages Are Dead Before They Start - Divorce Lawyer Writes 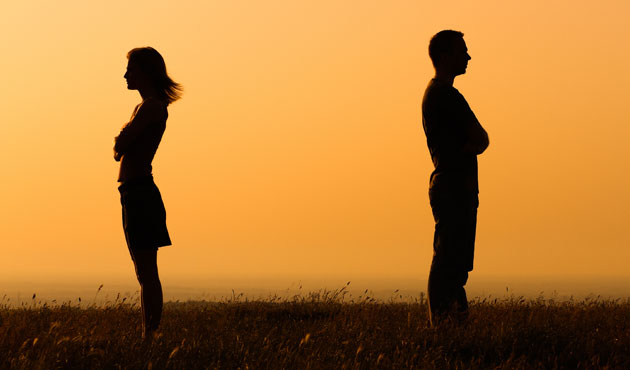 A Twitter user identified as Legal Oracle took to the micro blogging platform to bare his thought on divorce and according to him is the man’s fault.

In a series of tweet  Legal Oracle shared the story of a client and the ordeal of marriage. Legal Oracle stated that even though his firm does not support divorce as they try as much as possible to reconcile couples, many marriages are dead before they began.

In all my years of practice, I have handled only 5 cases that had to do with Matrimonial Causes, and those cases changed my View of Life, marriage and Love!!!

In Nigeria people largely see divorcee’s as being failures or wayward,I used to belong to that category until after I interviewed clients, and I was giving the opportunity as an associate to handle these cases ” personally “, let me also state here that as a firm we always pursue matrimonial causes with reconciliation approach, but if truth be told, many marriages are dead before they began, and I’m ashamed of the men folks most times when I speak to these women, because 80% of the time, it is the women folks who were deceived, conned and betrayed…

Our religion has not also made it easy on the women folks, as the burden of keeping the home is on them, the pressure of marrying early (before 30), is on them, and this is mostly the cause of this race to marry or be assigned a Mrs title, which most often than not leads to pain

One of the most devilish cases I heard recently is a case of a man in Abuja , let’s call him Bro Ola, Bro Ola was married with kids in Abuja, and he always went for work trips in Lagos, he met Zeel, Zeel was a banker, she was committed to her job and was committed in church

Zeel’s mother was on her case to marry, every call had to end with when are you bringing a man home, in church they were always calling alter call for those that want husband in 2017, come and sow seed, Anty zeel will come out and drop her full salary, and pastor will rub her…

anointing oil, and bless her, Anty Zee was not promiscuous!!! , she believed the matrimonial bed must be undefiled, so if you are asking her out, make sure you are ready to wait till wedding night , she was beautiful with curves like that of Kim kardashan, and fair to look upon

No body would believe she was a virgin!!! a virgin at 33, in Lagos Island!!! a banker!!! Impossible!!!
So you can imagine the look on Brother Ola’s face when he started eyeing sister Zee in church as she was doing her ushering, he wanted her on his bed ASAP!!!

Anty Zeel is not a high headed person, neither is she demanding all she wanted was true love, is that too much to ask for???
So when Bro Ola came and told her he was divorced, that he married a wicked woman and suffered for years, she believed him but…

She asked for evidence of the divorce papers and the certificate of divorce , and Bro Ola told her to give him two weeks to produce it, as it was at his house in Abuja, in two weeks Bro Ola brought an “Oluwole” Dissolution order, and Sister Zeel said she needed to pray to seek

“The face of God”, well I don’t know if God still chose wife for people after Adam accused him in Eden, but Ola and Zeel became a pair in less than a month, Zeel’s mother was happy, pastor was happy that his prayers has been answered, Life couldn’t get better than this

Or can it??? Bro Ola said he wanted a low key wedding because of his previous divorce and sister Zeel gave her assent immediately, she was a low key kind of woman and she was just too excited that she had met her match, this love must be made in heaven, all her box checked!!!

Bro Ola visited Sister Zeel’s family home in Lagos with his friends as he had told Zeel that his parents were dead ,He paid the necessary payments and moved in with Sister Zeel, all these were done in a space of 4 months, it was like a miracle, it has to be a miracle!!!

On the Night after the wedding, Ola couldn’t believe his eyes, Zeel was a Virgin!!! , Ola said he didn’t believe her when she was saying she was virgin while they were dating, he had to put on the light to be sure, well… One prick that’s all it took for a seed to go in

Exactly 9 months after Mr and Mrs Ola had their first child that was in mid 2018, the dedication was low key, infact it was done on Wednesday service, Mrs Ola didn’t care, as long as she was concerned she had to be a submissive wife and do what her hubby wants

3 months after the birth of then first child Mrs Ola took in again, and her colleagues at the office told her to abort the Child, that she may lose her job, well…She didn’t care about her job, all she cared about was making her hubby happy, and keeping the family like a good Christian wife would.

After the birth of her second child, a beautiful baby girl, everything changed, Mr Ola started beating her at every slight provocation, he will travel and disappear for weeks, and show up any time he pleases. He even changed his number  so Mrs Ola can’t reach Him.

Mrs Ola started asking questions when her husband changed his character and one of Mr Ola’s friend who already had a fall out with Ola opened the can of worm that looks like a nolly wood movie scene!!!

I’m really sorry folks, I will continue this gist later in the evening, not enough motivation to continue.

You all already know the divorce papers Mr Ola showed to the wife in other to get a taste of her honey pot was from “Oluwole”, for those who don’t know what that means, it means the papers are fake, Mr Ola is still married, like Very married…

Ola’s friend told him the whole gist, how Ola was a serial womanizer, and he could do anything to get any woman, absolutely anything including killing his own mother…, by the way, Mr Ola’s father and mother is still very much alive and they even live in Lagos

Lie, her love, Family, Life, marriage was just a dream she need to wake up from, at this point Mrs Ola opened up and told him she had been sacked, that she had been unstable for over two months and she has missed work so much and so they served her a sack letter

She had lost everything, her happiness, her life, her job, her virginity, just because of marriage, little thing now trigger her to tears, a once strong woman has been reduced to a jobless mother of two with no man!!! Now she has to file for a divorce

This is just One of several pathetic stories that gets me thinking, I will share the rest in the coming week, which is even worst than this, and all of the are true stories, though names and location have been changed, and consent of client has been collected prior to posting!!!