An unidentified Nigerian man has been rescued by Philippine Coast Guard after he mysteriously jumped into the Pasig River wearing a pair of handcuffs. 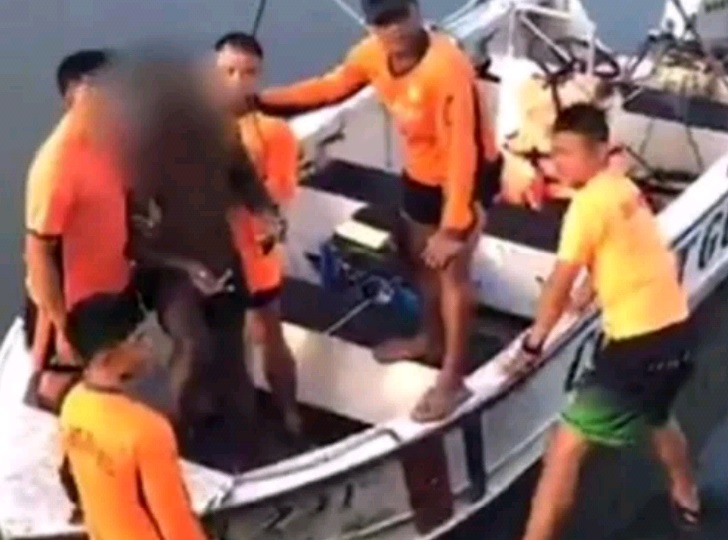 The Nigerian man being rescued from the River

The Philippine Coast Guard on Wednesday morning, rescued an unidentified Nigerian national after he mysteriously jumped into the Pasig River wearing a pair of handcuffs.

Village officials in Hulo in Mandaluyong City said they saw the man leap into the water at about 6am, radio station DZMM reports.

The officials called the Coast Guard, who then fished him out of the river and noticed that he was wearing handcuffs.

The Nigerian man told the Coast Guard that before jumping into the river, he had visited a Makati police station but did not explain why. He also didn’t say how he ended up in Mandaluyong.

He was taken by the Coast Guard to a Mandaluyong City police station where they determined that the handcuffs he was wearing did not belong to the Philippine National Police.

The man remains at the police station, where he is currently being questioned by the authorities.