Nigerian actress, Kate Henshaw has reacted to the use of bleaching creams on babies by 'slay mamas'. 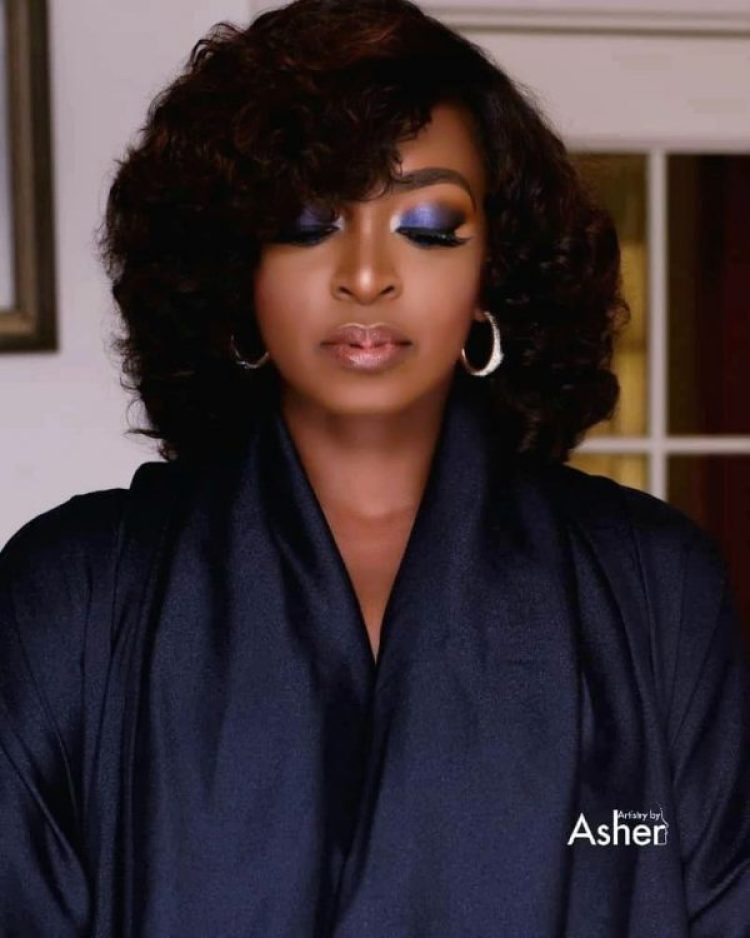 The ace actress, who frowned at such act, took to her Instagram page @k8henshaw to express how bad she felt, adding that there was nothing to glow in babies’ bodies, cautioning parents not to destroy children’s future for aesthetic values.

She wrote: “This is where I draw the line!!! Selling all sorts of unverified products to mothers telling them to glow their babies with flawless shower bath!!

“What is this self-loathing that you want to transfer to children?? For 20k or 30k you want to destroy a future for aesthetic value,” She said.

She stressed on the spark out over skin transformation method involving a hot bath in order to wash away their coloured skin.

The movie artiste, who doubled as an activist for women and kids, slammed any beauty therapist who used such procedure on kids.

The 48-year old actress said that it was not proper for anyone to take children’s right in choosing their skin looks at such a tender age.

The actress and fitness enthusiast is one of the elite group of actresses, who have significantly contributed to the Nollywood’s enduring reputation for creative excellence.

Henshaw, an award-winning Nollywood star actress, producer, politician and fitness expert, is also a social advocate with interest in the welfare of her community.

The Nollywood star commenced her acting career in 1993 with the movie “When the Sun Sets”, where she played the lead role.

Her performance in the role opened up doors of opportunities for her in Nollywood.

Henshaw has featured in over 100 movies, which include “Do Good Series”, Consequences When the Sun Sets, Above Death, In God We Trust, A Million Tears , My Little Secret , Games Men Play , Stronger Than Pain.

In 2015, Henshaw took interest in politics and decided to represent and serve her people.

Her aim was to represent Calabar Municipal/Odukpani Federal Constituency at the Federal House of Representatives under the People’s Democratic Party (PDP), but lost at the primary level.

Henshaw was later appointed by the Governor of Cross River State, Benedict Ayade, as the Special Adviser, Liaison, Lagos.

She has won numerous awards which include, Africa Movie Academy Award for Best Actress in Lead Role 2008, City People Movie Award for Face of Nollywood (English) – 2015, Best Actress Award at ZAFAA for her role in the movie Iquo’s Journal – 2015 among others.

Henshaw was once married to Roderick James Nuttal, and their union was blessed with a daughter Gabrielle Nuttal.