In a statement, the PDP accused INEC of canceling results and allegedly allocating fabricated results to political parties. 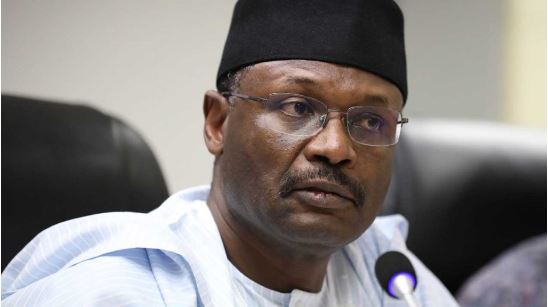 The Peoples Democratic Party, PDP, has called on the Chairman of the Independent National Electoral Commission, INEC, Mahmood Yakubu to vacate office.

PDP explained that Yakubu should vacate office because the country’s electoral system under his leadership was marred with the invasion of polling units, suppression of voters and stuffing of snatched ballot boxes.

In a statement by its spokesperson, Kola Ologbondiyan, the PDP accused INEC of canceling results and allegedly allocating fabricated results to political parties.

The statement reads: “The INEC Chairman should accept his failures and vacate office without further delay. This is because there is no way Nigerians can continue to repose confidence in the commission under his watch.

“Of course, not under an electoral commission that condones the invasion of polling units, suppression of voters and stuffing of snatched ballot boxes; an INEC that cancels results in places where election held peacefully while announcing fabricated results allocated to its favored political party as valid votes.

“The PDP totally rejects attempts by INEC to shift the blames for its failures to other political parties. It is on record that our party had consistently pointed to infractions created and allowed by INEC to facilitate rigging in elections.

‘While calling on Nigerians to remain calm, the PDP charges Prof. Yakubu and the INEC leadership under him to do the needful by vacating offices to save our electoral system from complete collapse.”