At least 23 suspects have been arrested after a raid at a yahoo-yahoo academy in Akwa Ibom. 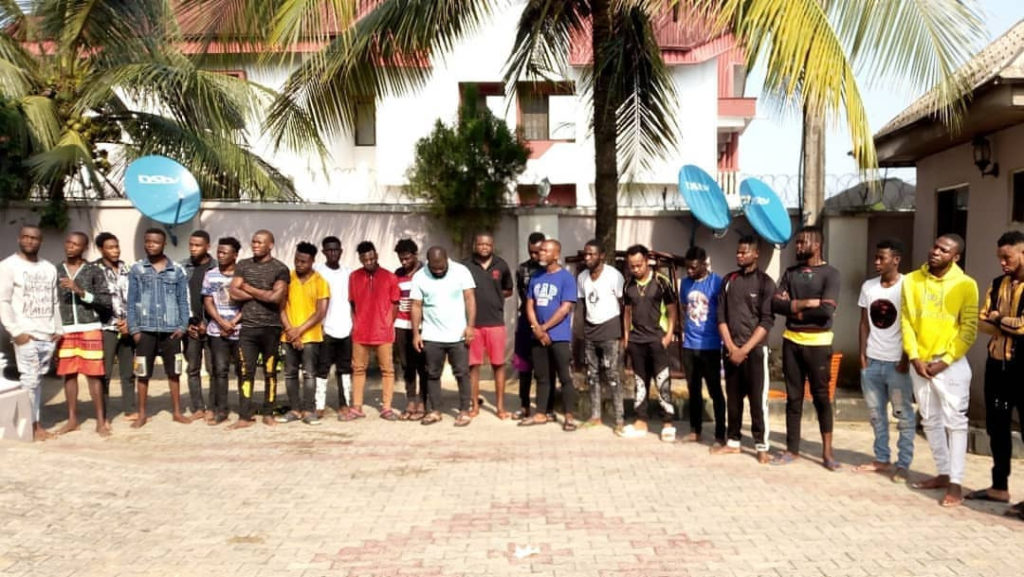 Suspects in Akwa Ibom
Operatives of the EFCC, Uyo Zonal Office in a joint operation with some of the Commission’s operatives from Abuja, in the early hours of Thursday, November 28th, stormed a building described as ‘YAHOO ACADEMY’, allegedly used solely for the training of youngsters in various aspects of cyber criminality.
During the raid on Essien Essien Street, Ikot Ibiok village in Eket Local Government Area of Akwa Ibom State, 23 suspects including operators and trainees were arrested. The suspects were between the ages of 19 and 35.
They have confessed that they were undergoing training in various aspects of cyber criminality such as Love Scam, Online Trading Scam, Theft Identity etc.
See more photos below: 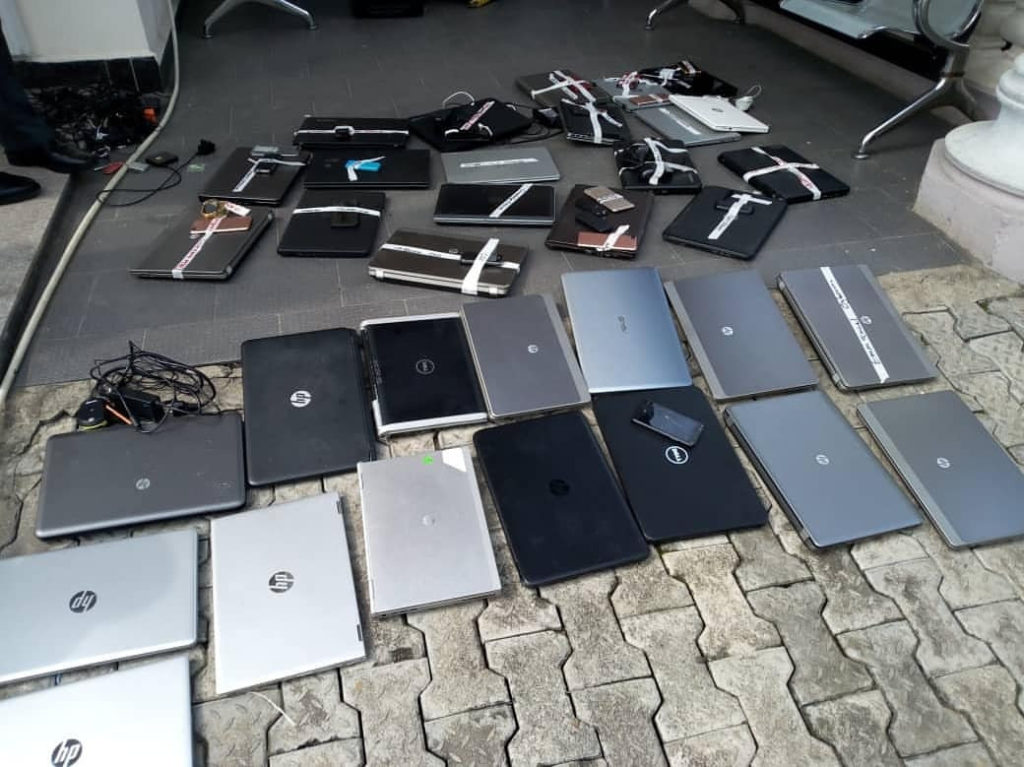 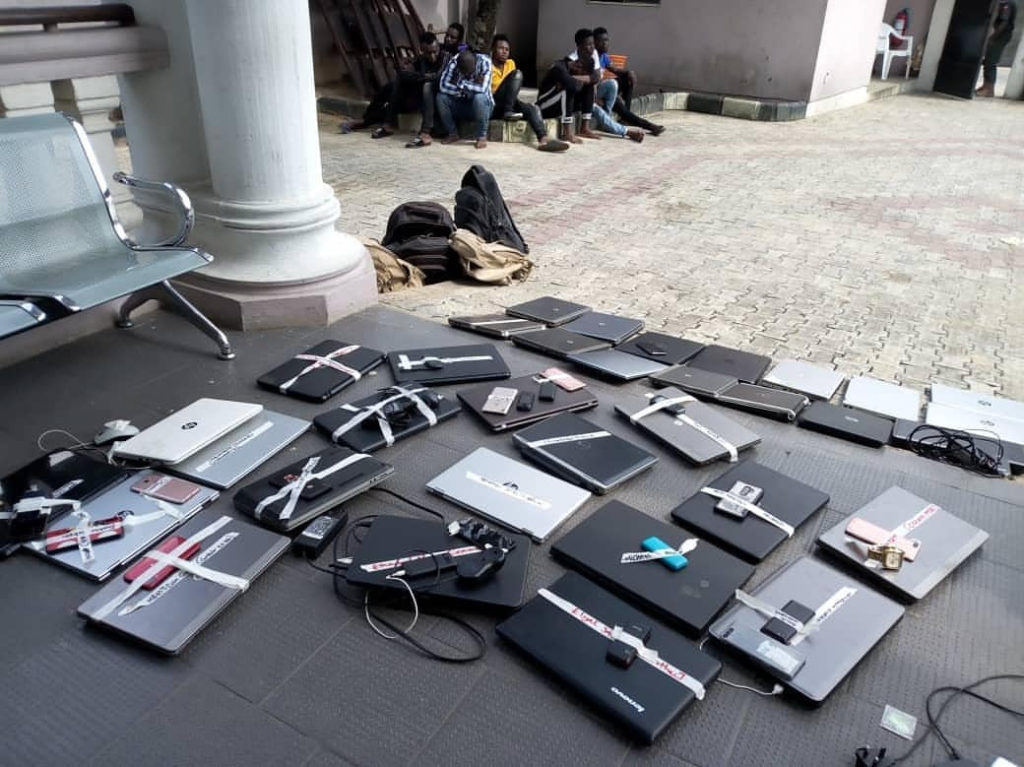