So Sad! Footballer Mourns After Losing His Two-Year-Old Daughter (Photo)


A footballer has been left bereaved after losing his little daughter following a severe infection. 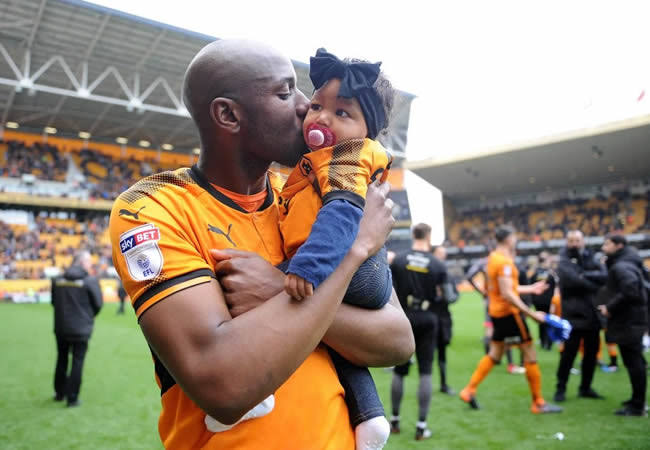 Benik Afobe
Bristol City striker, Benik Afobe, has been left in a state of pain after losing his two-year-old daughter to death.
According to Afobe, his baby Amora died from the complications of severe infection.
According to him, on Friday evening, Amora was taken to hospital after “unexpectedly” developing the infection before a “number of serious complications” claimed her life.
Afobe joined Bristol City on loan from Stoke in the summer.
The former Arsenal striker announced the sad news on Sunday morning with a statement on Twitter, noting that he and wife, Lois Smith, were by Amora’s side until she breathed her last.
The statement reads: “It is with an extremely heavy heart that the Afobe family have today confirmed the devastating news that their first child, their beloved daughter Amora, 2, passed away late on Friday evening.
“Amora was taken to hospital for treatment after unexpectedly developing a severe infection.
“Unfortunately she then suffered a number of serious complications and, despite doctors doing absolutely everything that they possibly could, Amora passed away peacefully with the love of her family by her side.
“The entire family have been left totally devastated and heartbroken, and would like to ask that their privacy is respected at this incredibly difficult time.”
Condolences have since poured in from across the football world.
His championship club had tweeted: “The thoughts and prayers of everyone at Stoke City are with Benik Afobe following this morning’s tragic news. We’ll be with you, Benik.”
Top Stories