They recalled how they defended her when Mamman Daura's family were giving her a hard time at the Presidential Villa. 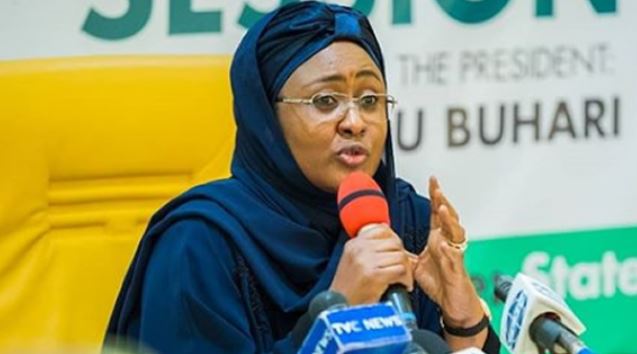 First Lady, Aisha Buhari, has come under intense criticism on social media for voicing her support for the social media bill which seeks to arrest and fine Nigerians who make annoying comments on social media.

Aisha had at the Nigerian Supreme Council for Islamic Affairs General Assembly and National Executive Council in Abuja said China regulated the social media of its over one billion citizens and Nigeria should be able to control its own population which is about 200 million.

She said, “On this issue of social media, you cannot just sit in the comfort of your house and tweet that the Vice President has resigned. It is a serious issue. If China can control over 1.3 billion people on social media, I see no reason why Nigeria cannot attempt controlling only 180 million people.”

However, Mrs. Buhari, who had in the past been commended by a large section of Nigerians for standing on the side of the people, came under criticism for her view.On Saturday morning, the President’s wife was trending at number one on Twitter.

Some Nigerians recalled how they defended Aisha on social media when the President relegated her and said she belonged to the kitchen and the other room.

They recalled how they defended her when Mamman Daura’s family were giving her a hard time at the Presidential Villa.

They argued that since China had become the democratic model for Nigeria, then Nigeria must also adopt China’s method of fighting corruption which involves sentencing corrupt public office holders to death.

“China also executes corrupt politicians, Dear Aisha Buhari. If you want to control social media because China does, then you should want that too,” @BillAchusim tweeted.

@viva_mazcot tweeted, “Maybe Aisha Buhari is not aware China is practising communism. I was wrong to assume she’s educated enough to understand how democracy works.

Her recent call for regulation of social media reveals her concealed love for tyranny. Can’t she propose death penalty for corrupt politicians?”