Virginia Giuffre who claimed Prince Andrew sexually assaulted her said s*x with the royal was short and disgusting. 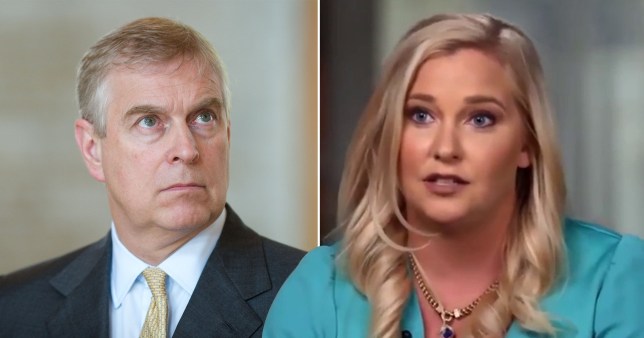 Prince Andrew's accuser Virginia Giuffre,claims s*x with the Royal "didn't last very long" and she had to jump straight into the shower after being left feeling "ashamed and dirty".

In a harrowing moment from tonight's BBC Panorama special, the 35-year-old mother-of-three was left in tears as she described how "disgusting" sex with the Royal reportedly was.

She claims she was 17 when the Duke of York "got up and he said thanks, and walked out", while she "sat there in bed, horrified and ashamed".

The next day, she claims, alleged madame Ghislaine Maxwell patted her on the back and told her she "did a really good job...you've made him really happy".

Prince Andrew strenuously denies the claims and says he has no recollection of ever meeting Ms Giuffre - nee Roberts.

Ms Giuffre told BBC Panorama: "There was a bath and it started there, then it led into the bedroom.

"It didn't last very long, the whole entire procedure, it was disgusting.

"He wasn't mean or anything but...

"He got up and he said thanks, and walked out.

"I sat there in bed, just horrified and ashamed and felt dirty and had to get up and go have a shower.
"And the next day Ghislaine tells me I did a really good job and she pats me on the back and tells me 'you've made him really happy'."

"I had just been abused by a member of a Royal Family," she adds.

"So when you talk about these chains, yeah I wasn't chained to a sink, these powerful people were my chains.

"I couldn't comprehend how in the highest levels of the government, powerful people were allowing this to happen. Not only allowing it to happen but participating."

At this point she breaks down and the interview is paused.

In excruciating detail, she alleged how she was brought to London by Epstein in 2001, introduced to Andrew and taken to Tramp nightclub, and asked by the duke to dance.

Andrew has denied any wrongdoing and insists he has never met Virginia, despite a picture showing him with his arm around her at the London flat of British socialite Ghislaine Maxwell.

The prince has suggested the photo was doctored.