Some self-acclaimed pastors have been nabbed after being found out to have conducted fake miracles in Lagos. 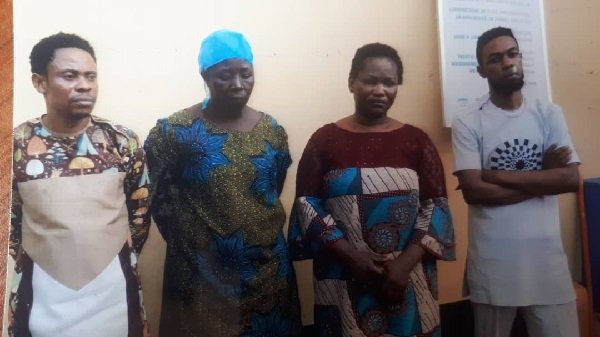 According to The Nation, the operatives of the Lagos Police Command have arrested four self-acclaimed pastors alleged to be conducted fake miracles and prophecies within Lekki and Epe.

The suspects were arrested around 5am on November 30 after their vigil by detectives from the State Criminal Investigation and Intelligence Department (SCIID) who monitored activities of one Pastor Ikpom David alleged to have procured fake testimonies from hired members for his church Wonders Assembly Ministry located opposite Lagos Business School, Ajah.

It was gathered that the pastor hired a woman Rukayat Folawewo who pretended to have received miraculous healing from car accident after the pastor prayed for her and another woman Bunmi Joshua alleged to have testified that her speech and hearing impaired child was also healed by another pastor, Favour Elijah Chimobi.

Chimobi, the founder of Elijah Ministry at 9, Igirita street Port Harcourt, worked in cohorts with David to allegedly fleeced unsuspecting members of the public of their money and other valuables through their dubious practices.

Sources at the SCIID said that testimonies by the women were investigated and found to be false and all suspects were moved to the department for further investigation.

Police Commissioner Hakeem Odumosu assured residents that the suspects would be charged to court once investigation was concluded.