The National Union of Road Transport Workers says the traffic in Apapa can't be controlled due to corruption and the only solution is to collaborate with neighbouring states. 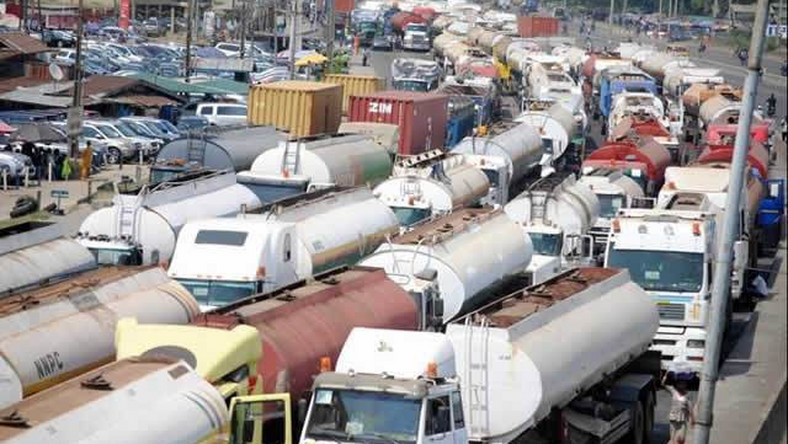 The National Union of Road Transport Workers, NURTW, has said that the presidential taskforce set up to clear the gridlock in Apapa cannot achieve the task, adding that they have failed.

This is even as the union warned that unless urgent steps are taken, some bridges in Lagos would soon collapse following the constant parking of trucks and trailers on them.

Disclosing this in Lagos, yesterday, at a sensitisation workshop on the proposed establishment of Truck Transit Parks, TTPs, across the country, organized by the Nigerian Shippers Council, NSC, and the Federal Road Safety Commission, FRSC, the Senior Adviser to the President of the Union, Adamu Danzaki, said the taskforce cannot succeed for two reasons.

Danzaki explained that the first reason is corruption in the name of priority list which resulted in the collapse of the call up system and the absence of a truck transit park, TTP. According to him, while truck drivers wait for their turn to be called up, those on priority list get unhindered access to the port after parting with some money.

He warned that government must pay less attention to revenue it gets from the present situation and the extortion and focus on the future, stressing:

“The government should not focus on revenue collection and extortion but focus on the future.

“Day-in-day-out the trucks are coming into the area. We made our own head count and discovered that there are over 15,000 trucks coming into Lagos daily for their businesses. Lagos is the centre for business, it does not have land and, therefore, cannot expand. The only way out is to collaborate with the neighbouring states, that is the only solution.

“Even if you place one truck on top of another, there still would not be space for all the trucks coming into Lagos. The only way out is to move all the trucks from Lagos to Ogere and apply the call up system.

“A driver knows that he is going to stay there for a week, he will simply give the N30,000 and leave. It is you the grammarians that are the problem, you do not tell the people in government the truth. Go and tell Opeifa that I said it is not going to work, the efforts of the taskforce team to decongest Apapa, if he does not extend the operations to Ogun State. Tell him I said so,” he concluded.