Nigerian actress, Angela Okorie is not happy with BBNaija ex-housemate, Symply Tacha over an incident. 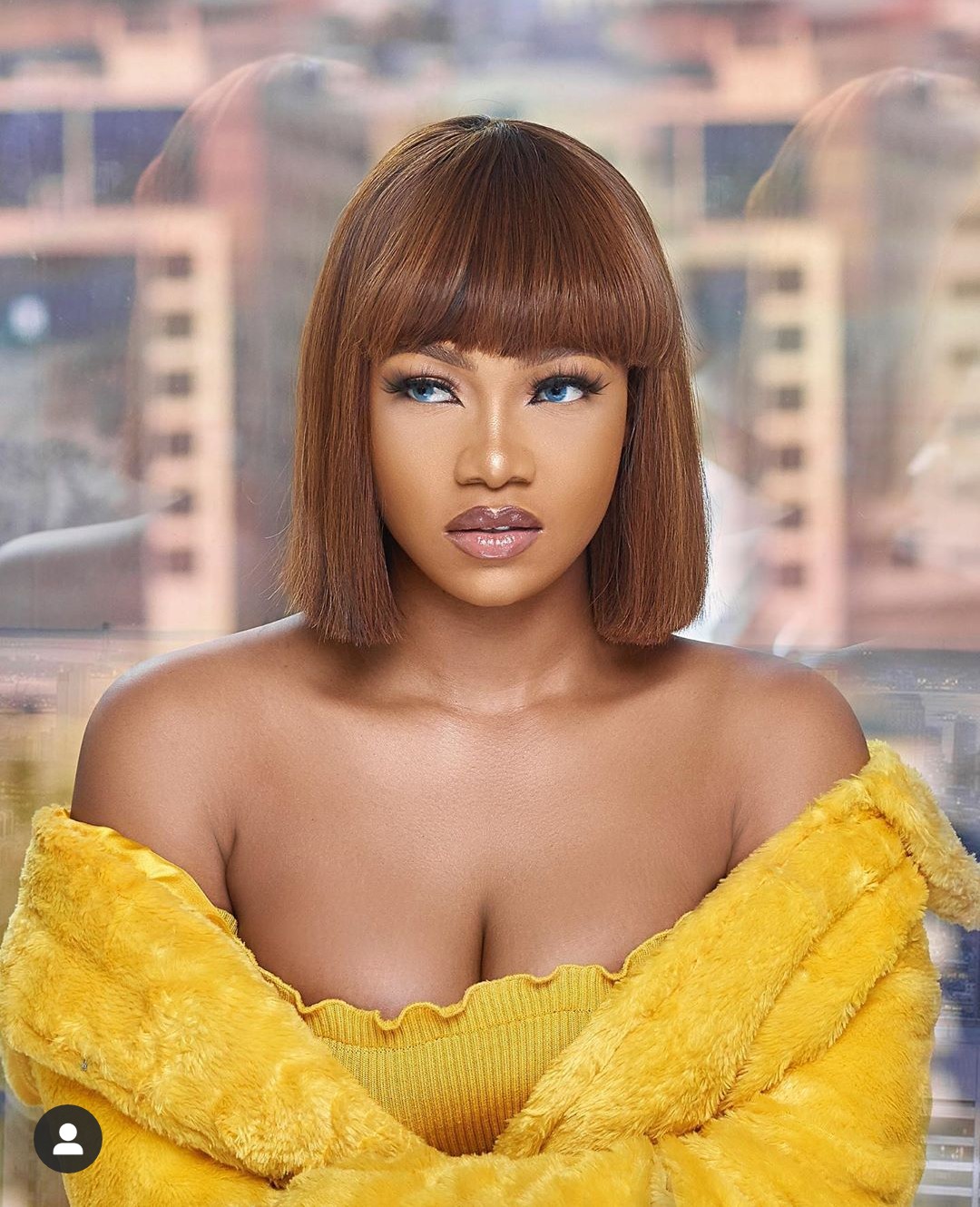 Tacha
Nollywood actress, Angela Okorie has taken to social media to slam Big Brother Naija Reality TV star, Tacha for not showing gratitude after she supported her while she was in the Big Brother Naija house.
The actress said she used her platform to support the former reality star but since Tacha came out the house, she has been ignoring her.
Tacha put up a post after she came out of the house to thank her supporters, including Peter Okoye, Bobrisky, Jaaruma, Angela Okorie and more.
She tagged Angela twice to the post.
But Angela claims Tacha doesn’t reply her for days when she writes to her. She said that when Tacha replies, she directs her to her manager.
Calling Tacha out, Angela said Tacha’s action has made her understand why Jaaruma, her biggest supporter, unfollowed her. She went on to accuse Tacha of having a bad character. 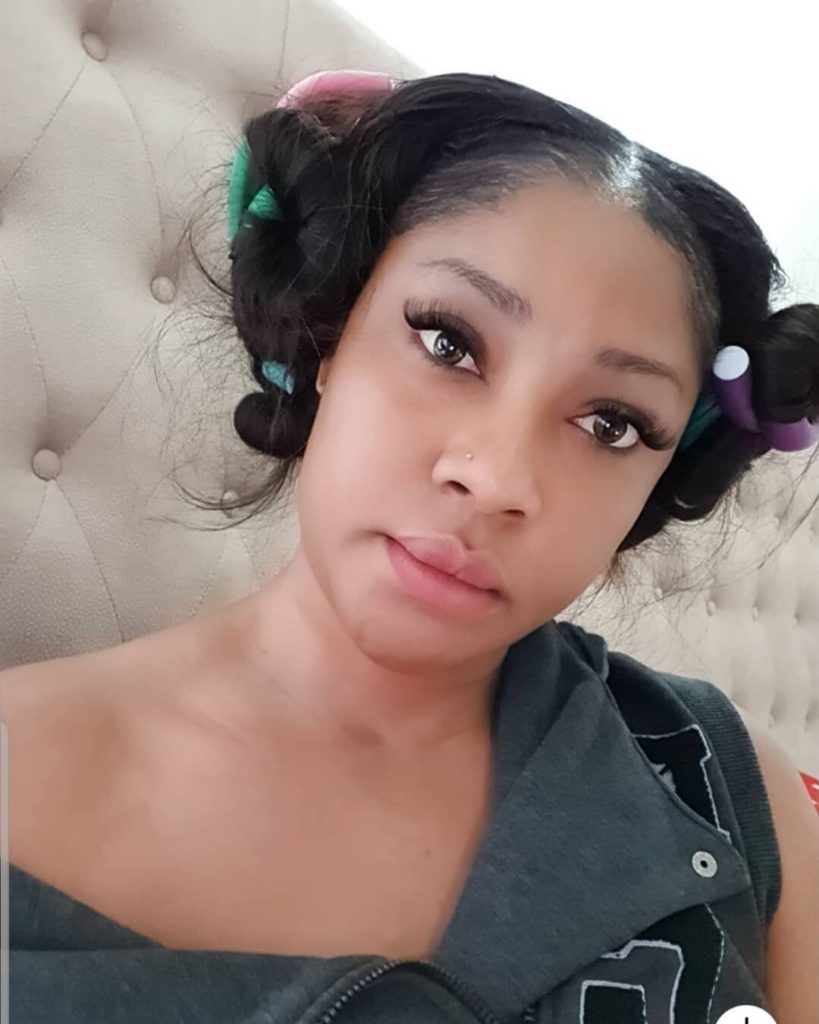 Angela Okorie
The actress wrote:
"This Right Here keeps me going
What Ever I do for people
I don’t expect A pay Back
And that is why God
Keeps blessing me
But as a human being
I think I deserve Gratitude.
Some people i helped like Tacha can’t even say
Thank you for giving her my platform
To push her Brand
As the matter of fact she ignores me ,
When I write her
It takes 2 days to reply me
Or she directs me to her manager
What an Ungrateful personality
Tacha it took you 2 weeks to call me after you
Left Big brother house,
That was After @hairess_gallery told u to call to at least say thank you." 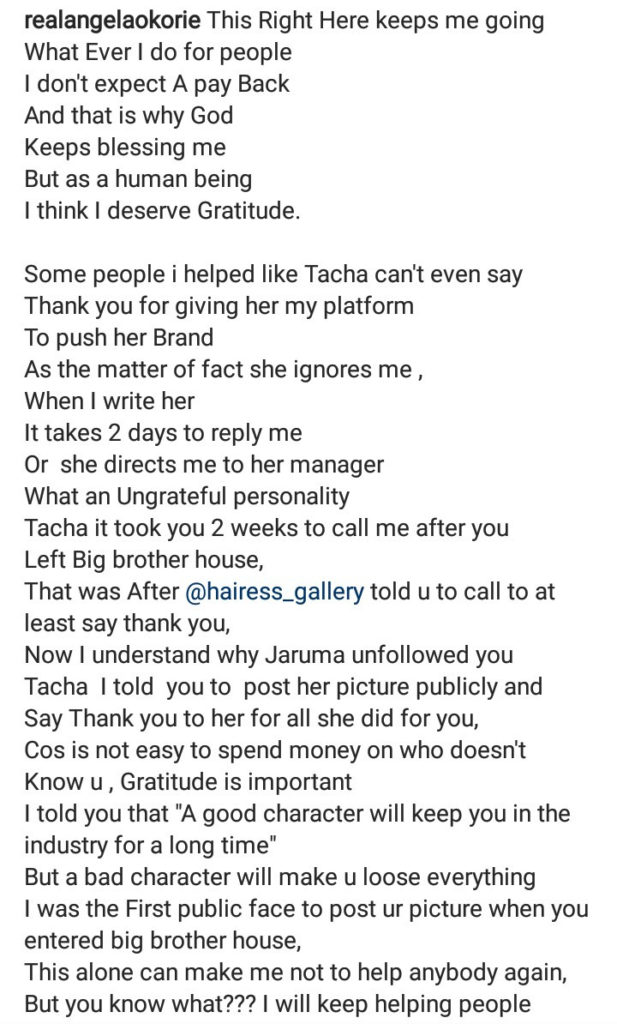