The FIRS boss is said to have been lobbying the Senate and top Presidency officials in recent time in a bid to get a fresh appointment. 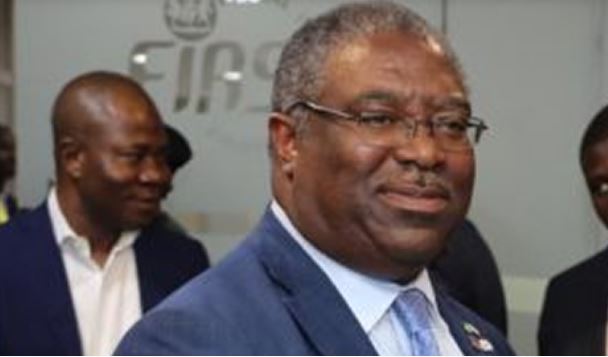 Barely five days to the end of the tenure of the Chairman of the Federal Inland Revenue Service, Babatunde Fowler, President Muhammadu Buhari has shown no sign of renewing his tenure even as investigations show that no fresh request had been sent to the Senate as of Tuesday.

At the beginning of the legislative session at the Senate on Tuesday, there was no letter read by the Senate President, Ahmad Lawan, conveying any request from President Buhari regarding Fowler.

This is in sharp contrast with that of the Governor of the Central Bank of Nigeria, Godwin Emefiele, whose request for tenure renewal was sent by Buhari to the Senate three weeks before the end of his tenure.

Fowler, who is a childhood friend and former classmate of Vice-President Yemi Osinbajo, was appointed as the Chairman of the FIRS on August 20, 2015 but was confirmed by the Senate on December 9, 2015 which means his tenure ends on December 8, 2019.

The FIRS boss is said to have been lobbying the Senate and top Presidency officials in recent time in a bid to get a fresh appointment.

Senate President Lawan was said to have secured 26 job slots for his constituents from FIRS even as a pro-transparency group, Socio-Economic Rights and Accountability Project, has asked anti-corruption agencies to probe the allegation.

Fowler disclosed in January that the FIRS under his leadership generated its highest revenue ever in 2018 with a total sum of N5.3tn.

However, the FIRS chairman’s claims became a subject of debate in August when in a leaked memo emanating from the Office of President Buhari’s powerful Chief of Staff, Abba Kyari, the FIRS boss was asked to explain a shortfall in revenue.

In his response, Fowler blamed the drop in the price of crude oil and recession for the shortfall recorded in actual tax collections from 2015 to 2018.

The President’s Senior Special Assistant on Media and Publicity, Garba Shehu, told The PUNCH that the President would have the final say.

When asked if Fowler could be re-appointed even after the end of his tenure, Shehu said, “It’s the President that will decide when and what happens so we just have to wait.”