An India Filmaker, when shedding light on the vetinarian who was raped says government should legalise rape without violence for the safety of women. 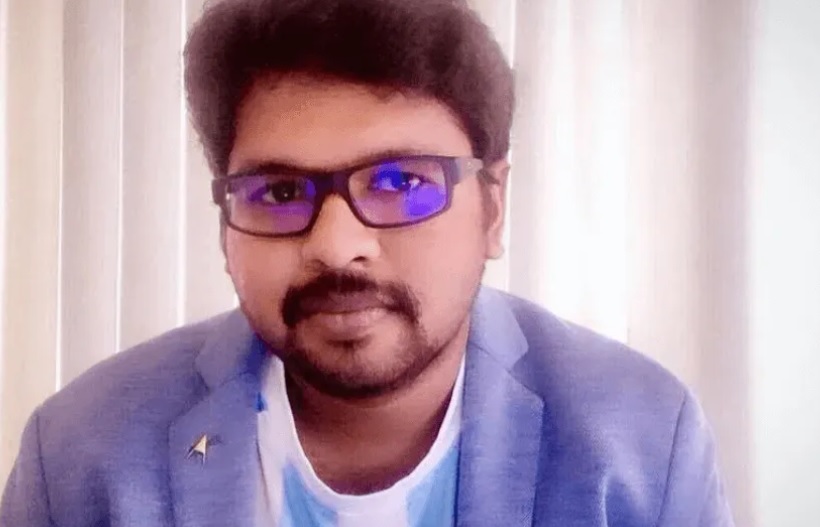 A filmmaker has said that rape is "not a serious thing" and that women should "co-operate" if they are being raped.

Daniel Shravan, an Indian filmmaker, made this shocking statement while reacting to the death of Priyanka Reddy, 27, a vet who was raped by a man who offered to help her last week when she got a flat tyre. Her charred body was found under an overpass near Hyderabad in India last week.

Following her death, Daniel Shravan tried to explain why "non-violent" sex attacks should be legalised. He also said that women should carry condoms in preparation for being raped and they should "co-operate" with their rapist.

Daniel Shravan said: "Rape is not a serious thing, but murder is inexcusable." 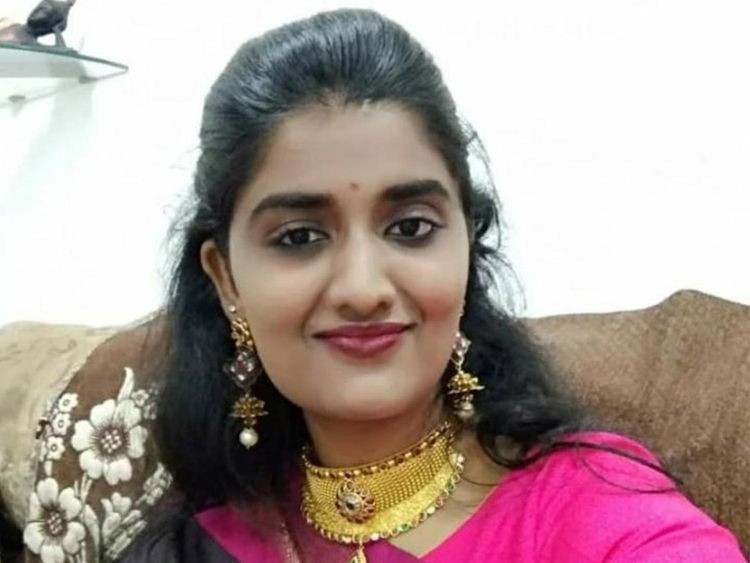 He also said, "the government should legalise rape without violence for the safety of women."

Shravan argued that women were being killed because they fought back or used pepper spray on their rapists. He added that men are killing women because they are frustrated sexually.

He said: "Rapists are not finding a way to get their bodily sexual desires and getting these killing thoughts. An evil thought provokes crime (Killing). Better, women should accept Men’s Sex."

He added that Indian women should be "aware of sex education" including "carrying condoms and dental dams" so they can use them if they encounter a rapist.

Shravan also said that the Indian government was frightening rapists. He said laws that punish rapists after victims report them cause most rapists to kill their victims in order to silence them. 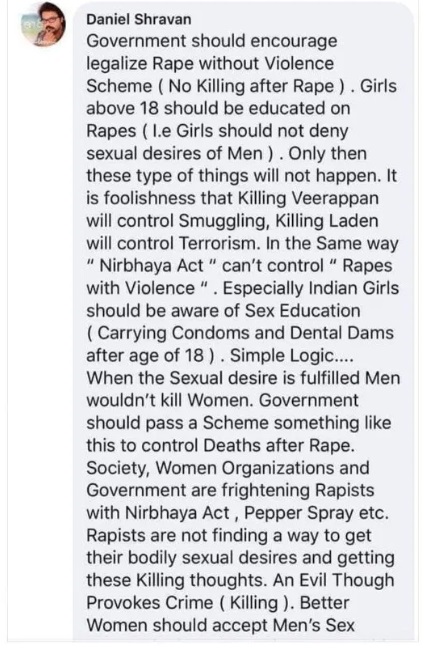 His comments were roundly condemned and he later deleted the post after people said they would boycott his films.

One person said: "What kind of sick mentality does he have? Disgusting and disturbing. I am tired of this misogyny and victim blaming."