A woman has been caught on CCTV after she stole and sold a baby from a maternity hospital. 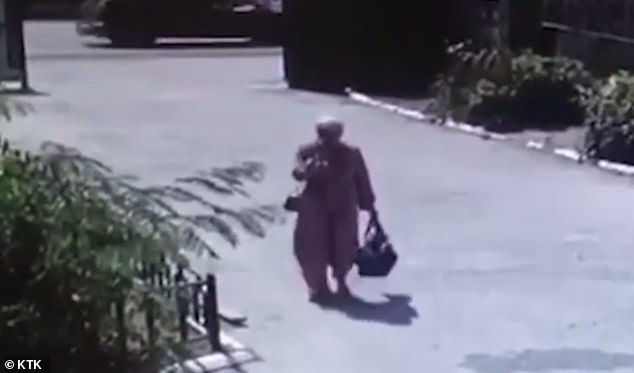 Asel Zhapanova
According to a report by Dailymail, a Kazakh woman who snatched a newborn baby girl from a maternity hospital and sold her for more than £1,500 (N712, 427) has been sentenced to seven years in prison.
Asel Zhapanova, 22, stole the child from the Taraz Regional Maternity Hospital in southern Jambyl province of Kazakhstan, a court heard.
She entered a ward and placed the child inside a sports bag while her mother was away from the room, investigators said.
Zhapanova then left the hospital through the service entrance without staff noticing the child was hidden on her person.
CCTV footage shows the woman, dressed in a long pink dress, hurriedly walking away from the hospital while carrying the child in a bag.
The newborn was left unsupervised after her mother went to have a bite in a local canteen and the carer left to answer a quick phone call, the court heard.
When the carer returned, she discovered the child missing and called the police.
Officers immediately checked all surveillance cameras and tracked down Zhapanova who had entered a hotel near the hospital.
Police officer Zharaskan Akberdiev said: 'The woman and the baby were found in a room of Astana hotel located near the hospital.
'The woman had just sold the child for 800,000 Kazakhstani tenges (£1576) when she and the buyers were arrested. 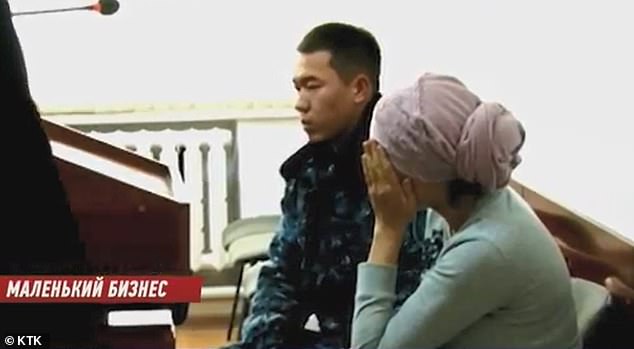 'The newborn's condition was normal and her life was not in danger. She was returned to her mother.
'It took the police two hours to solve the case.'
Reports said the hospital staff knew Zhapanova and allowed her into hospital as she had given birth to her third child at the ward there just three days before the incident.
The woman told staff she was visiting an acquaintance.
Judge Erbol Duysenbayev told: 'The guilt of the defendant Zhapanova is fully proved by witnesses' testimonies, the video from the hospital and other evidence considered during court hearings.'
Asel Zhapanova was charged with kidnapping and human trafficking. She was sentenced to seven years in prison.
Top Stories