The Commissioner of Police, CP Kenneth Ebrimson, has ordered the immediate transfer of the suspects to the state criminal investigation department. 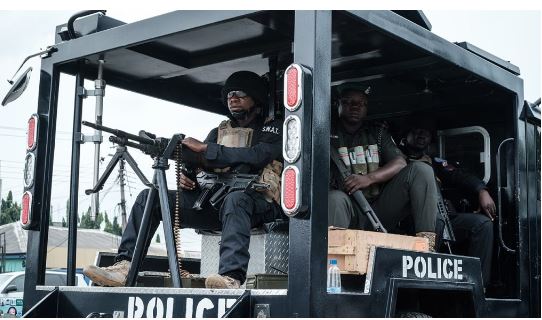 Police in Ogun State on Wednesday arrested 10 suspected members of a land-grabbing syndicate who it was alleged, had unleashed terror on innocent residents of Ewujomo village, via Igbosoro in Ogijo area of the state.

The Police Spokesperson in the state, DSP Abimbola Oyeyemi, said, “upon receiving the information, the DPO Ogijo Division, CSP Suleman Baba Muhammed. mobilized his men and moved to the scene.”

Oyeyemi said, “on sighting the policemen, the hoodlums started shooting sporadically, but were overpowered by the police, who succeeded in apprehending ten members of the syndicate”; adding that some of them escaped with various degrees of injuries.

Meanwhile, the Commissioner of Police, CP Kenneth Ebrimson, has ordered the immediate transfer of the suspects to the state criminal investigation and intelligence department for discreet investigation.